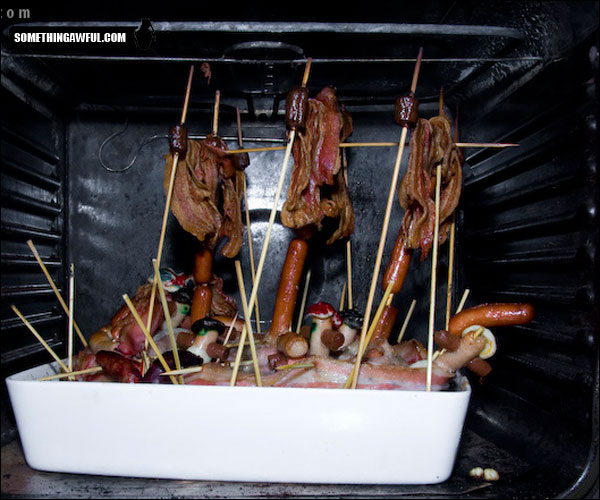 [Kramer is walking aimlessly along the docks. He approaches a bum with no legs]

Bum: Jesus son, what did they do to you? Is that Agent Orange you got there?

Bum: Hey! I got a secret. Check this out. [pulls out an unused flare] I saved this for thirty years. I got a feeling you're on an important mission, Soldier. I want you to have it.

[He hands Kramer the flare]

[After failing to win any converts, the four are back on the meatship. Newman shoots out of the cabin rectum, gleeful at Jerry's failure.]

Newman: [wheezing laugh] Well, Jerry. It seems you've been exposed as the charlatan you are. Because you all have failed, Ponderosa is sentencing you to one night in the hole. Mwahahahaha!!

Newman: Yes, Jerry! How I've waited for this moment! How I've waited to show the world that even the drunken night club rabble which your sophomoric routine could barely entertain would not be swayed by you, swayed toward the self-evident glory of the meatship! Such is the extent of your failure! Yes, Jerry, YOU FAILED TO SELL EVEN THE MEATY CORNUCOPIA OF ENDLESS DELIGHTS TO A POPULATION WHICH IS STARVING FOR MEANING, STARVING FOR THE

[One of his tentacles yanks violently, stopping Newman's tirade]

Newman: [clears throat] Follow me. No meat eating in the hole! 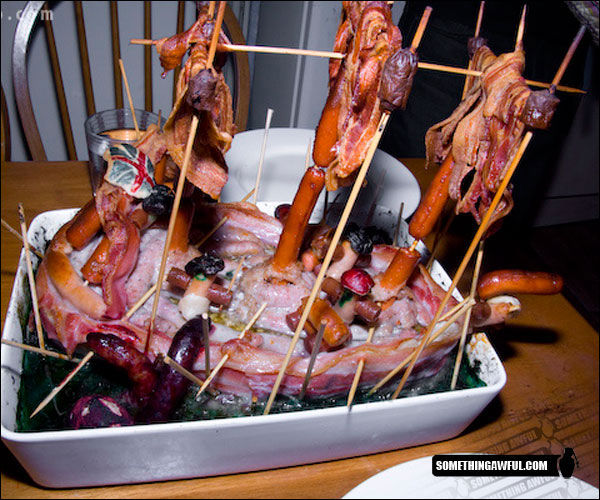 [The four are imprisoned in a small rectangular prison, with polish sausage bars and oversized suckling pigs for benches.]

Jerry: Great. Just great! Now how are we gonna get meat? I tell you what, this is all getting a little bit old [he frustratedly gnaws at his arm, but finds no meat left on it]. Gotta get some meat!

[Kramer pulls out the flare and begins fumbling with it. He accidentally arms the device and it begins to shoot fire. He panics and drops it.]

Jerry: Are you nuts? Practically this whole ship is covered in grease.

[The meatship goes up in an inferno. On deck, Newman panics and uses the ship's last ounce of strength to fling himself into the water.]

[Somehow, they have all found their way to the coffee shop. Their clothes have been restored, and they seem to have returned to their normal selves. But all are uneasy.]

Elaine: Was that real?

George: No! It couldn't be real! It never happened, you hear me?

Elaine: Well, regardless, it's all vegan for me from here on out. Wait&did I show a guy my

Jerry: Why are my eyes burning?

Kramer: Well if it was real, we can't do anything about it. Right? Let's just go on with our lives&[voice becomes high-pitched and he begins to cry] whatever they may be.

Jerry: All right. Well, uh, see you around.

[The four get up to leave. As the Seinfeld theme begins to play, the camera pans over George's seat in the booth. There is a turd-like mound of raw ground chuck where he was sitting.] 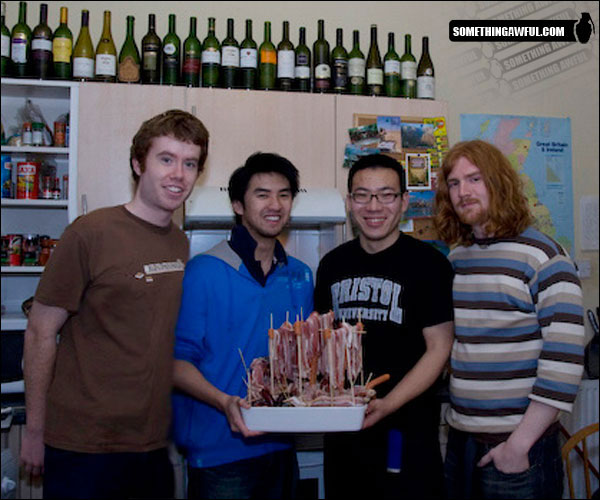