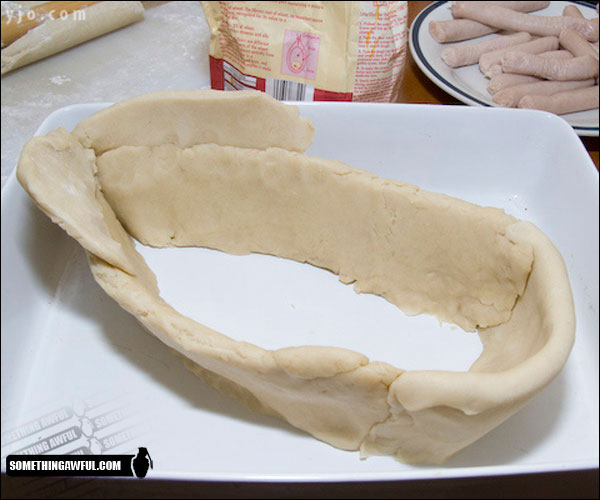 [Jerry is asleep. Cut to dream sequence with Jerry standing on the pier looking out into the ocean. A strange object appears out over the water, moving closer]

[The object moves into view. It's a boat, but not any ordinary boat]

[gradually a short stocky figure becomes visible on the bow]

George: Hey! Look at me!

Jerry: Oh my god, you're...connected to the deck!!

George: This is where I belong Jerry.

George: Join me, Jerry. The meatship is one of endless delights. Endless!

Jerry: [repulsed] Look at you! Look at your legs. Something...is going on down there!

[George reaches down and pulls a strip of flesh from his leg, eating it greedily]

Jerry: [disgusted] Okay! That's enough for me! So long folks, you've been great!

George: You can't leave Jerry. We won't let you.

Jerry: We? You and who else?

[The fibrous salami deck opens and Kramer, now half spare rib, lauches through it toward Jerry]

[Kramer holds out his arm]

[Jerry turns to run, but is stopped cold when he sees the cabin. There is a giant visage of Newman smiling smugly.]

[Jerry, George and Kramer are having lunch. George is eating meat again.]

Jerry: Boy you are not gonna believe the dream I had last night.

George: You had a dream too?

Jerry: More like a nightmare. You remember that joke we made about a ship made out of meat? 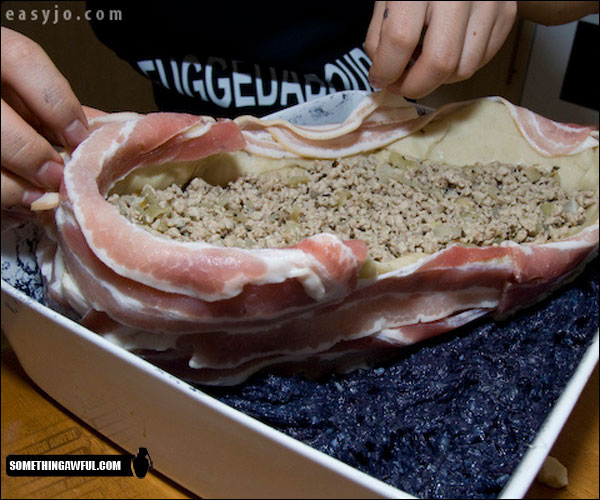 George: [Nervously] You had a dream about the meatship?

Jerry: Yeah, and it was like this living organism. The decks were made out of salami, and it had this sausage tentacle that picked me up and threw me on deck! You were there, Georgie. The ship...assimilated you and Kramer. I don't know, you were like attached with meats.

Kramer: Ayaya. What'd I do?

Jerry: I think you and George were addicted to the meat. I think the ship lured you both there with promises of succulent beef and pork products, and then...SNAP!!

George: [hesitant yet defiant] You listen to me, Jerry. That was the most wonderful feeling. I felt like I finally belonged! I've been searching for that my whole life. And the meatship gave it to me!

Jerry: That's what you said in the dream!

Kramer: George, was there pulled pork? I can't get enough pulled pork. I don't know what it is! The savory sauce just integrates with that pork so perfectly. I've never been able to turn down a pulled pork sandwich. In fact, if I could live in pulled pork, I would do it.

Kramer: IN A HEARTBEAT! YEAAHH!!

George: You know something, I think you're jealous.

George: JEALOUS!! JEALOUS OF MY NEW MEATFRIEND. WELL I'M NOT GONNA LET YOU HORN IN ON IT. NOT THIS TIME JERRY.

[George begins to have dry heaves.]

Jerry: Oh my god are you puking?

[George panics. He places his hand in front of his mouth and begins to pull out a raw slice of bacon]

Jerry: [repulsed] Is that...raw? Where did that come from?

George: AM I SUSCEPTIBLE TO ANY DISEASES? SHOULD I GARGLE MOUTHWASH? WHAT CAN HAPPEN?!

[George runs out onto the street screaming]

Jerry: Well I've never seen this one before. 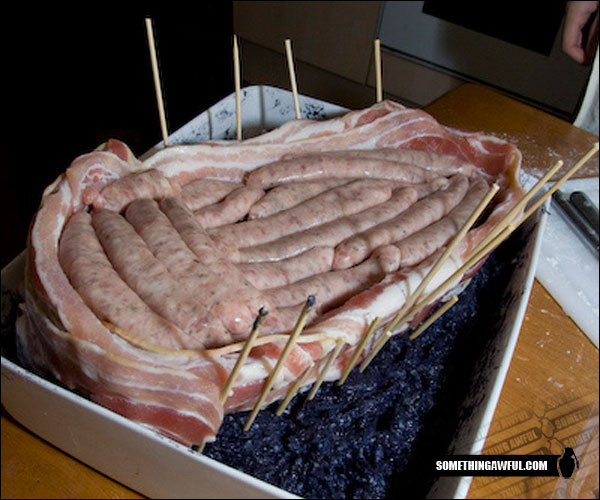