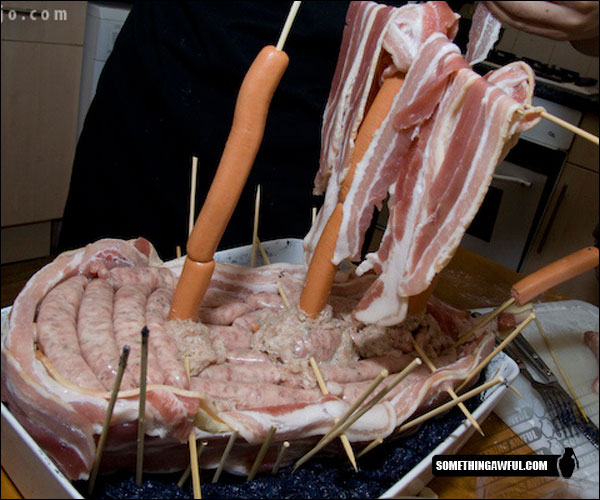 [Jerry is looking through his cupboard]

Jerry: Meat meat meat. What is the attraction to meat all of a sudden? I mean sure it has an abundance of protein, but think about it. It's the flesh of other living things. What's next? Eating little animals' souls? It's ghoulish.

[Kramer bursts through the door]

[Kramer seems disoriented and his skin is glistening with grease. He stumbles over to the couch]

Jerry: What's wrong with you?

Jerry: Oh that's it. I'm going right over there and I'm gonna put a stop to this, this meat...CULT!!

Newman: [sighing] All right, fine. But you owe me big for this Ponderosa.

[A knock at Newman's door. He opens it and Jerry enters]

Jerry: All right, Newman! I've had enough of this! What did you do to George and Kramer?!

Newman: Nothing...they've...simply come around to a novel new way of thinking. A way to orient oneself in the world, Jerry.

Jerry: Well it stinks! [Noticing the altar] Oh my god.

Newman: What is the use of staying like you are, Jerry?

Newman: He came to us on a ship of meat, Jerry. 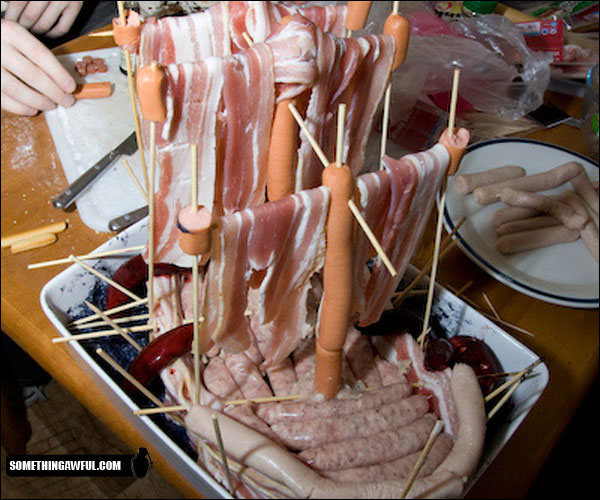 [Elaine is sleeping. Cut to dream sequence of Elaine giving birth with Jerry, the father, looking on.

[Elaine struggles to give birth. The baby comes out but the doctor looks horrified]

Elaine: What? What? Is something wrong with my baby?

Jerry: No Elaine. The child is perfect. It will be our cabin boy [voice distorts into deep inhuman tone] on the ship.

[Elaine looks down. She sees that her baby is a large meatloaf]

[Elaine wakes up screaming. She hears a knock at the door. Hesitantly she goes to it, looks out the peephole, and opens the door]

[Jerry George and Kramer enter. They are all covered in grease and sauce]

Jerry: Elaine, we have come with a gift. We want you to join us, the one, the many.

Elaine: We? [voice trembling] Jerry, what are you talking about?

Jerry: Join us, Elaine. Join us on the [voice distortion] ship of meat.

[We see that Jerry has developed acne]

Jerry: [Frazzled] I don't see what's so strange about meat. Cows eat the plants, then we eat the cows. So when you eat a cow, you're really getting a full nutritious meal. Don't you agree?

Elaine: [starting to back up] Well uh...not if you don't eat the entire thing.

[Strange tentacles emerge from underneath their clothes] 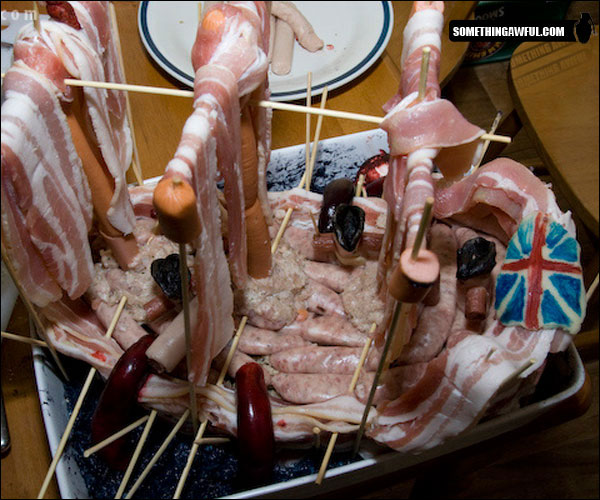