MSPaint your pet peeves about college

Who said annoying assholes had to stop being annoying once you step inside the classroom?

Look, Technowrite! I'm so extremely popular that I get calls in the middle of class AND I'm so totally hip to the phattest, freshest beats on the radio today! I'm still going to pretend I didn't hear my phone for a good 15 seconds, though! 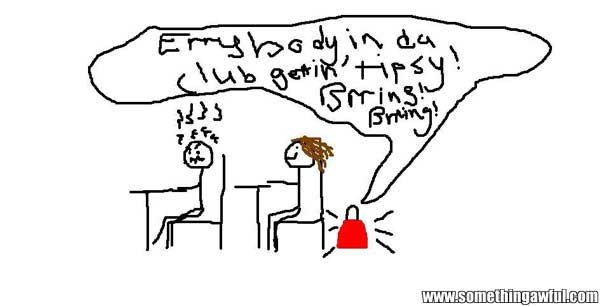 Sataren's Pseudo Know-it-all speaks for itself — and we're really, really tired of listening. 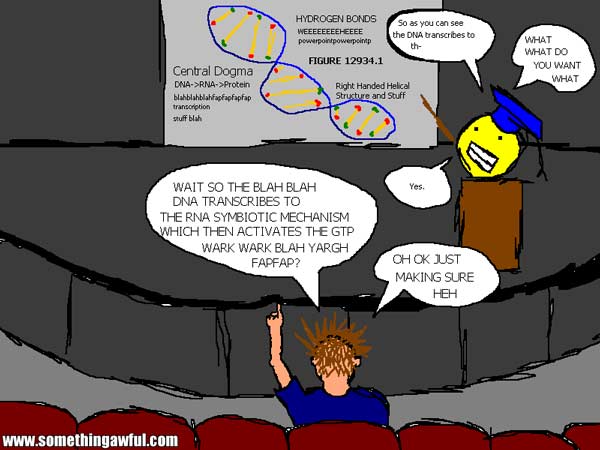 Yeah, Robothoven2, sometimes it's this or some pseudo intellectual's nit-picking that's just as hard to stomach.

I'd personally be pretty awestruck, Mahuum Aqoha...how often do you find two people of the opposite sex who actually LIKE being up for class at 9 in the morning? 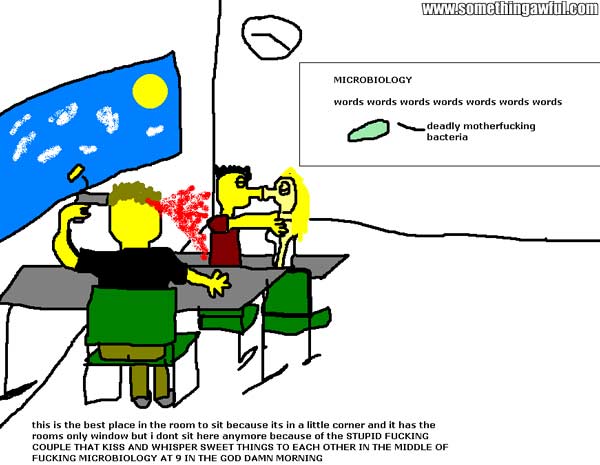 I hope these kids don't write for your school paper, Ice_2_c_u... 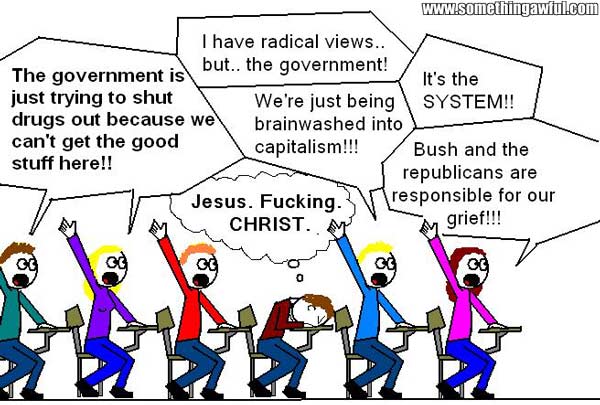 Don't feel too bad, KillerBean — guys like that aren't exactly wrecking your curve. 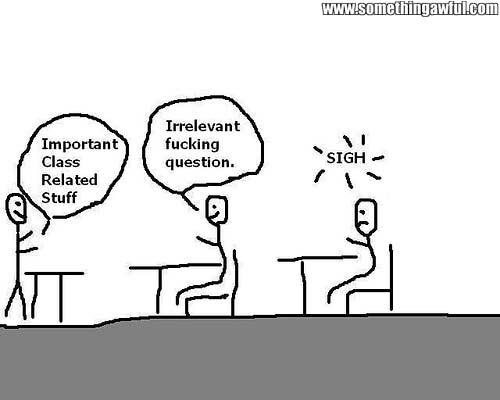 You can always "accidentally" step on the toes of people who insist on being this inattentive, bringoutthegimp. 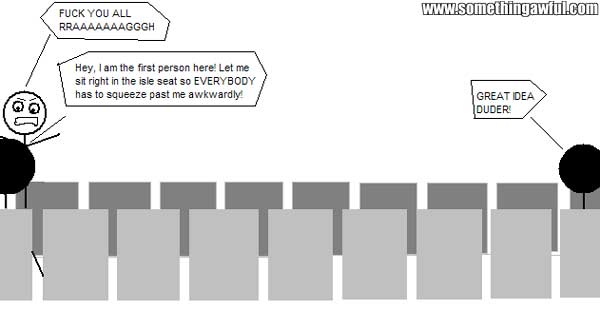