I am Very Satisfied with my Tlingit Ghostmask

Sorry to go off topic, OP, but I think this post is related. I bought a Lono statuette at an estate sale a few years back. For those of you who don't know, Lono is the god of fertility and music, who existed before Maui pulled the islands from the sea with his magic hook. He descended to the earth on the back of a rainbow to marry Laka, the god of hula. Interestingly enough, both Laka and Lono are depicted as male figures, as native Hawaiian views towards sexuality were much more progressive before the arrival of Christian missionaries.

Now, with Hawaiian relics, you always need to be sure they're genuine, same as with the First Nations. Since the estate keeper had no idea what it was worth, I managed to bargain her down to $20. Brought it to a friend over at Bishop Museum, who somehow based on the type of wood verified it as real.

Here is a similar one, though ours is slightly larger. He stands over my bedside as my wife and I try to conceive. 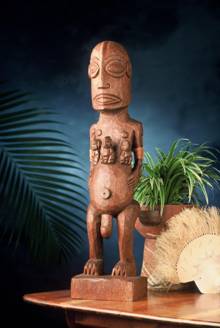 Cannibal Ninja - excellent! And you don't expect an evil outcome? You should name your firstborn James Cook.

If you're interested I've got a small Hawaiian tiki I'd be willing to part with. I found it during a family vacation there. And while it's not particularly large, I would recommend against wearing it as a necklace, particularly while surfing. Also, I don't recommended it for those with spider phobias. I'm asking $100, but will accept reasonable counter-offers or trades.

Don't try to pass off forgeries here, please. It's obvious you have no idea what you're dealing with. For one, it isn't a "tiki" but in Hawaiian mythology a "ki'i." Secondly, that's the physical form of the god of war Ku. You don't handle his idols willy nilly and only ask him for help if you'll be leading men as an ali'i. And thirdly, that piece of shits made out of cement. Where do you think the native Hawaiians got cement? Use your brain dum dum.

I wouldn't pay five bucks for that as a doorstop, personally.

e: just remembered, you just found it on the ground like that? All smooth against the jagged lava rocks? How dumb do you think I am?

Besides the false hope and crushing depression of the miscarriages we have had, nothing else has occurred. So far we've lost three children. We won't be able to name our son James, as James died at 7 weeks from high LH. We knew it would be hard with her polycistic ovaries, but were still hopeful.

On my mom's side my ancestors were Aztec, famous for various blood sacrifices to the gods. My maternal grandmother, before she died, gave me a gift as I am the eldest son in my generation. Speaking Nahuatl and translating into Spanish, she blessed me and presented me with this Aztec death whistle: 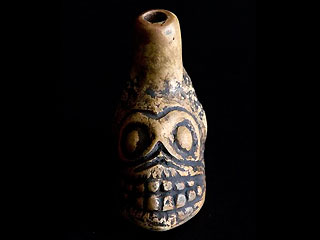 Within a week the lung cancer took her, but I keep this whistle nearby because of her last words: "Un día, mi hijito, le chiflarás, y todos los enemigos se caen." When that comes I will be prepared. 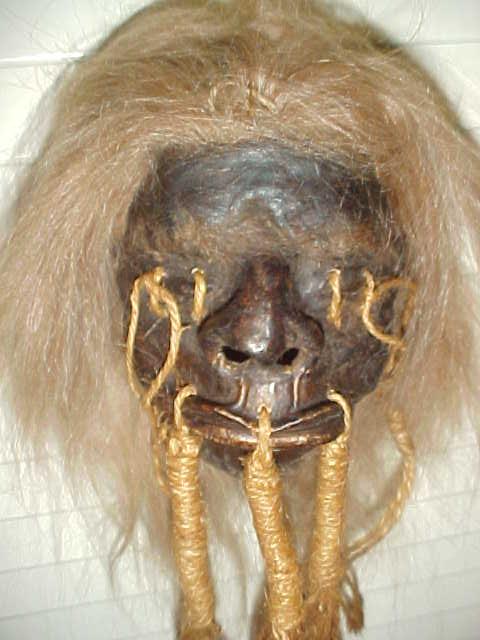 If Australia's customs laws weren't so strict I'd buy half a dozen and put them in little glass domes.

My mother, who is half Indonesian, brought home some old Indonesian Puppets. These things scarred me for life because they are scary as shit. 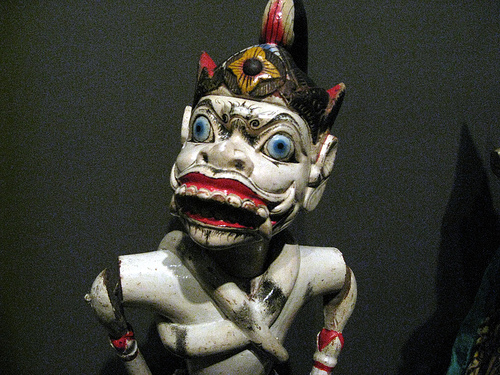 I also have an array of these masks, but prefer to think of myself as an enthusiast. "Collectors" are obsessed with obtaining, but not understanding. They see these artifacts as mere knick knacks, not as what they truly are.

I was recently out bid on a magnificent set of Mohican scalps by a petty philistine who used his money to acquire oddities. I must admit, I felt no small amount of pleasure when his mansion was consumed by fire that night.

GVB, one quick question. You said you wore the mask during moments of intimacy. Does the mask interfere much in coitus? It doesn't look like it gets much airflow, making anything involving moderate cardio work difficult.

It is charming, if a bit naïve, that you would assume that acts of sexual intimacy requiring use of the Ghostmask involve any more physical activity on my part other than lying in cold water for half an hour and then holding real still my my colleague and partner does her business.

In other activities it does not impede breathing, but the narrow eye holes do make it a bit hard to post.

And as to The Welfare Queen - I agree with you. "Enthusiast" implies the appropriate expertise.

If I were going to fall prey to the first ancestral spirit unleashed or otherwise summoned by the handling of familial relics and clan totems I'd have been dead years ago.

On a somewhat thread related note, I am a Classics student, so I'd like to begin, erm, collecting artifacts somewhat soon. Unfortunately, I am unaware as to whether or not there are any appropriate haunted/evil/ancient-unspeakable relics from the antiquities/classical era Mediterranean to be had. I hope I'm not out of luck, but I fear that they may be all but taken now.

This is 'outside my area' so take what I say with a grain of salt -- you won't be able to pull off a Thomas Bruce, but new Greek/Roman sites are discovered all the time, many of which certainly have the potential to be haunted.

So if you were looking to force the spirit of a tormented legionary into the unwilling body of your least favorite roommate, that dig is probably a good place to pick up a cursed helmet. It's also a pretty good bet that you'll turn up a Mithraic cult object or two. Don't lose hope.

I got this for my daughter awhile ago and she loved it so much much her head was spinning. Unfortunately I think I am going to have to get rid of it since she has acted pretty strange since I gave it to her. Name your price. 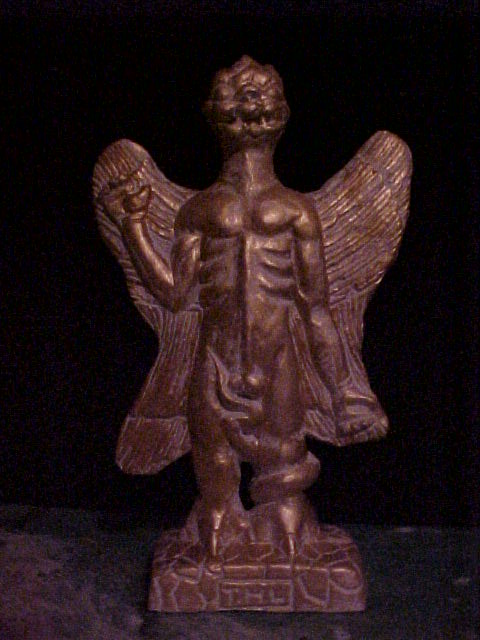 My mother is a terrible defiler of historic sites, almost feeling COMPELLED to remove things from national parks, reservations, Indian burial grounds, mayan temples, ect. Fortunately, the obsidian she took from Devil's Mountain has yet to curse us, those Gettysburg lead slugs have not summoned the angry souls of the fallen south, and that small Quetzalcoatl carved piece she found at a recently uncovered temple site while on vacation in Mexico is delightful and quite polite when his followers pop by for a spirit dance. They always bring fruit plates and sacrifices to share.

I myself am content with stealing barware from old pubs.