EXPECTATIONS: I'll admit, I was a little nervous even putting Postal as one of the options for our latest Readers' Choice poll, and now that it's won by a landslide, I'm extra shaky. Given our site's history with director Uwe Boll, I know that I could probably step into the ring with him, but I'd really rather not. Then while I was doing my research for this, I realized something crucial: I've never actually watched an Uwe Boll film. I know nothing of his work other than that the internet has told me he's terrible because he ruins video games or some whiny crap like that.

Given that I can't judge the work, I have to judge the man, nay, the legend. And I have nothing but tremendous respect for Mr. Boll, mainly for the sheer balls on that man. This is a man who, in real life, actually ran the scheme from The Producers very successfully for years, until an entire nation had to change its tax code to stop him. This is a dude with the cojones, and possible lack of taste and judgment, to make a movie about the horrors of Auschwitz, and then use the same set for a movie about an obese superheroine. This guy recently told Reddit "If your dreams were ruined by me making House of the Dead... Then your dreams are wrong." Honestly, I friggin' love this guy. And everyone seems to agree that Postal is the least terrible of his films, so if his characters are half as entertaining as he himself is, maybe this will actually be worth watching. 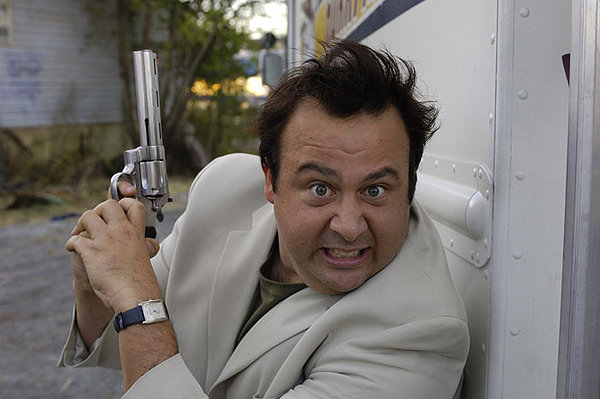 How could this possibly go wrong?


REALITY: Given that I only have the one film to judge by, I am not yet ready to declare Uwe Boll the worst director of all time. I wouldn't even say that he's creatively bankrupt. After watching Postal, I have only this to declare about Ragin' Boll: He is flat-out the laziest filmmaker I have ever seen. I never knew I was curious about what a movie made with literally zero effort would look like until I saw it, and now that box can never be unopened.

Postal is based on the video game series of the same name, but having never played it, I'm going to assume, based on Boll's history, that sentence should really read "Postal has the same name as a video game series." The "plot," if we're calling it that, is thus: The Postal Dude (Zack "Hey, remember Titus?" Ward) is a trailer-park dwelling everyman who is desperate for money after bombing a job interview and discovering that his obese wife is cheating on him with... everyone. He turns to his Uncle Dave (Dave "Hey, remember Kids In the Hall?" Foley), a cult leader who owes money to the IRS. They hatch a plan to steal a shipment of rare dick-shaped dolls voiced by Verne "Hey, remember me? At all?" Troyer and sell the dolls online. Troyer shows up to play himself, too, but who cares?


Anyway, their plan goes overboard because it turns out the Taliban is trying to steal the dolls too, because they're secretly using them to transport vials of bird flu, and also Uncle Dave's doomsday cult wants the vials so it can bring about the end of the world, or something? I'm not really sure. By this point, it was more like the movie was just happening to me, rather than me watching it or interacting with it in any way. 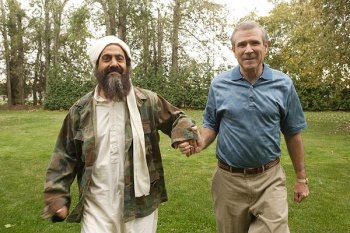 How outrageous!Here's what I mean when I say this film is lazy: One sequence takes place at a theme park called "Little Germany," where Boll himself shows up, and a background character says the words "Nazi joke!" Like, he literally just says "Here is where a Nazi joke would be, if we had written one. We left a filler here to write one at some point, and the actor just read the cue card." I know I've accused Kevin Smith of being lazy before, but at least he doesn't ask me to write the script for him.

Of course, we have to mention the offensiveness of this film. Here's the thing: I wasn't offended. I was bored. The film wants to upset me so much, it just spews racism and sexism in a way that's almost comical in how edgy it's trying to be. But because there's no effort being put into it, the whole film comes across like a teenager who just discovered dead-baby jokes. Actually, it's not "like" that, its exactly that, because there is a literal baby-killing scene in this movie. It also may be that it's no longer 2007, and honestly, there's nothing particularly shocking about seeing G.W. Bush skip through a field with Osama bin Laden (The Soup Nazi. No, I'm not kidding. The guy who played The Soup Nazi is Osama in this movie.)

The worst part of this film's laziness is that it's not entirely terrible. Seriously, there are actually some pretty decent gags interspersed here and there. For example, the opening sequence features two terrorists flying a hijacked plane and arguing over how many virgins they actually get when they die, then deciding the number is too small and changing course for the Bahamas. That's a pretty funny idea for a joke. Uwe Boll shows up as himself, claims that his films are financed with Nazi gold, and proceeds to get shot in the crotch while moaning "I hate video games!" That's also pretty funny. You'd think that these little bits of amusement would make the rest of Postal tolerable, but in fact it does just the opposite. They're little reminders of what this movie could have been if anyone honestly gave a damn.

Which brings me to my final question: Why bother being so lazy? If you're aware of how bad something is, and you have the potential to make it good, why wouldn't you? When I call Boll a lazy director, he's joining, and outshining, a crew of directors like Tim Burton, Kevin Smith, and Tom Hooper. But unlike Boll, those guys all have fans. They're lazy because they know no matter what, people are going to see their movies. I suppose Boll is in the opposite camp, knowing full well that people aren't going to see his movies, so he's just making them for his own indulgence.

Imagine someone who doesn't know who Uwe Boll is (which is honestly most of the world's population) watching Postal and wondering why this German man is getting beaten up by a guy who is apparently a video-game producer. How is that person going to react to what is on screen? Honestly, by that point in the film, it's pretty obvious the answer to that question is the same as it is to every other one you will ask during this film: Uwe Boll doesn't care.

MINORITY REPORT: Only watch Postal if you've ever wondered what Dave Foley's cock looks like. Me, I never did. All that time spent watching Newsradio, I never thought to myself, "Dave Foley will have a belly someday from too much beer and too many drugs. And I can't wait to see what shriveled vestigial member will sway so limply beneath." Imagine that! Anyway, if you're in that same boat, you'll probably be disappointed in Postal, the best part of which might be Dave Foley's penis. - Sean "Keanu Grieves" Hanson