Keep Your Comics Out of My Films

America loves a born-again Christian - that much is obvious. How else to explain the overwhelming critical and financial success of the visually and narratively unremarkable Iron Man films? I mean, besides the dubious achievement of expending more screen minutes on teasers for Marvel-franchise sequels than on their own respective narratives?

The first film does have some pretence towards a story and some sort of conflict, sure. Robert Downey Jr.'s character Tony Stark is a lively, amoral racist and murderer who, after a sudden terrorist attack, is reborn as a slightly self-conscious and dour racist and murderer. See, it turns out that perpetuating indiscriminate warfare might lead to civilian casualties, some of whom may be moneyed westerners! So the solution is, of course, highly discriminate warfare. Tony Stark turns himself into a weapon that is physically incapable of accidentally blowing up an Afghan wedding party, even though it seemingly auto-targets brown men holding guns.

Of course, ask anyone their favourite Iron Man scene, and no one's going to say the one where Stark gets really upset and metaphorically smashes some metaphorical windows, or when the villainous Straw Man declares his lust for collateral damage - which the real US Military is very much against! The plot is isolated to a handful of these perfunctory and cringeworthy scenes where Stark mopes about how sad it is to become an impersonal killing-machine. Though it's presented as a personal evolution, the conflict remains exactly the same - but he feels really bad about it now, and so "the re-focus on the perpetrator's traumatic experience enables us to obliterate the entire ethico-political background of the conflict." 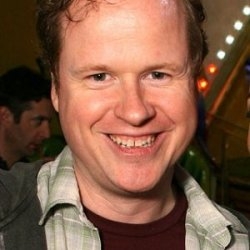 This man is your God.With that ethics stuff out of the way in our Afghan War film, we can move back to the real point of the story: fanservice for its own sake. It's a great reverse-ouroboros of fanservice, infinitely vomiting up the promise of future cameo appearances.

Despite all the ballyhoo over "graphic novels", it's become fairly clear that comics fans really don't actually want their Superman funnybooks to be an artform. Although I've never read a single comic-book ever, it seems a fair conclusion, given that their pages have become a perfect halfway home for the likes of Joss Whedon and Kevin Smith between terrible Juno-esque screenwriting failures. Iron Man is just another case in point.

Due to the first film's success amongst the blurb-writing hacks that populate Rottentomatoes Dotcom, comics fans feel comfortable declaring Iron Man the greatest comic-book movie ever made. That's quite an achievement, given that the competition includes A History of Violence and Timecop. But ask a comics fan what Iron Man accomplished besides letting Robert Downey Jr. improvise for half an hour, and watch the sputtering about "mindless summer fun" begin.

What fans really want is the nominal success of this stuff being declared great art and being perceived as great art, without the actual effort of subjecting it to analysis and otherwise being artistic. Like, remember Watchmen? Watchmen sure was deep, huh? Now let's bulk-order crates of Applebees Presents: Alien Meets The Jetsons and Infinite Continuity Minutia Volume 8.

If there are two things these folks inexplicably love, it's crossovers and continuity, which fall under the general concept of "world-building." One of the greatest achievements in bad art, world-building exercises by-and-large serve to disguise ideology by forcing the subjective and fluidly symbolic world of expression into some kind of purportedly objective alternate-historical record. It's like our universe, but askew. An askewniverse, you could say. Iron Man follows the Lost school of storytelling, where a bunch of random clues are collected under a patina of slickness, and the continually unfulfilled promise that the hours upon hours of background will eventually pay off. The carrot at the end of this stick being a message to drink your Ovaltine and watch The Avengers in theatres 2015.

It's all an unfortunate reminder that it doesn't matter what's being sold as long as it's addictive and we like who's selling it. It's a mindset that elects Walker Bush because he's simultaneously a great a guy to have a beer with and a warrior hero who rejected the sin of alcohol. Kind of bad for a film that makes a few halfhearted stabs towards criticizing impulsive behaviour and the cult of celebrity.

There are, of course, good comic-book films, though the nature of fandom is such that their merits will be overlooked. Take, for example, Alexander Payne's excellent film About Schimdt, which thoroughly skewers the Iron Man myth of the resilient schlub with the courage of his convictions. Not unlike Downey Jr.'s Stark, Jack Nicholson plays the titular retired corporate honcho, trying to wring a legacy from the last days of a sheltered, regretful life.

A quick, early nod to The Shining establishes the film as what would happen if Jack Torrance hadn't snapped, and the film delivers through the increasingly hilarious/disturbing spectacle of Schmidt trying to assert his limited masculine power in an increasingly chaotic world. Going off on a soul-searching road trip, Schmidt's terrifyingly huge Winnebago outmatches the Iron Man armor in its presentation of the midlife-crisis roadster as a kind of ridiculous mobile casket, the spectacle of it undiluted by trailer-ready CGI. 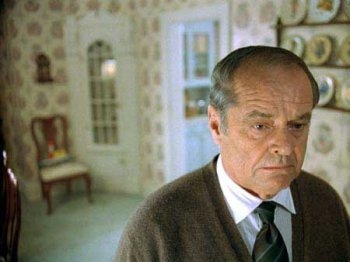 I don't get it. Nothing explodes in About Schmidt.If you're already preparing a flame mail about how Schmidt isn't actually a comic-book movie, congrats on defining the genre in terms of franchise rather than its thematic and aesthetic concerns. Schmidt reads like someone gave the Sin City treatment to an unreleased Chris Ware joint, in its almost schematic portrayal of banal minutia of middle-American grotesquery through a combination of uncomplicated naturalistic lighting and arch, static compositions that emphasize the abject insignificance of mass-produced tchochkes just as much as they strive to uncover some form of beauty and spirituality in them.

Unlike many films of its kind, the 'indie quirk' reads as exasperation. Consider the moment where Schmidt genuflects before a Steven Spielberg shooting star, shortly before dreaming himself the hero of a confused nightmare version of Close Encounters of the Third Kind, and how this excoriates the callow populism of redemption fables like Iron Man. Odd that it earned less than one-tenth the cash.