REALITY: As legend or PR has it, del Toro got his hairy hands on Andrés Muschietti's 2008 horror short Mamá and pushed Muschietti to expand his three-minute film into a feature. In kind, Muschietti traded his micro-budget for a king-sized bankroll, Spanish for English and Spain for Canada. Jessica Chastain just kind of showed up on set one day because that's phase two in her two-phase plan to star in every fucking movie between 2010 and 2015 -- not that I care, mind you, considering she proved equally adept at playing distressed spouses, Southern belles, and spies both Israeli and American in just two years. 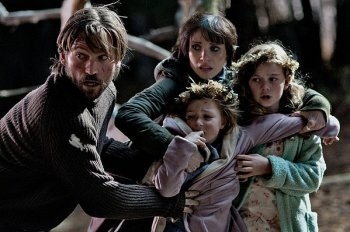 Look at us all, unified by the Unifying Theory of Horror.In Mama, she rocks a bitchin' snake tattoo, a black wig and a pound of mascara to bring her character -- Annabel, a child-phobic bass guitarist who adopts feral children because some judgmental bitch told her she couldn't -- to life. Let me repeat that: She's a child-phobic bass guitarist. If that isn't designed to appeal to the heterosexual male horror fan, I don't know what is.

Anyway, these feral children, Victoria (Megan Charpentier) and Lily (Isabelle Nélisse), come into Annabel's orbit via her partner, Lucas (Nikolaj Coster-Waldau), who's driven them to the poorhouse trying to find his missing brother (also Coster-Waldau) and the girls. It's either divine providence or Satan's interference that leads two backwoods private investigators to a cabin in the middle of nowhere, in which the girls have eked out their Nell-like existence in the five years since their father's death. Thanks to a recommendation from Dr. Dreyfuss (Daniel Kash), Annabel and Lucas get custody of the girls and, as these Nells struggle to adjust to suburban living, the new parents must deal with "Mama," the malevolent cherry-eating spectre that took care of Victoria and Lily in the cabin days.

If all of this sounds convoluted and preposterous -- well, it is. But one of Mama's few strengths lies in its carefully constructed believability. In the first two acts, Mama methodically builds the relationship between Annabel and Lucas, two broke slackers who are thrust into their new roles as parents, and Victoria and Lily, emotionally and developmentally crippled by five years of isolation from corporeal entities. Sadly, the supporting characters don't fare as well. Dr. Dreyfuss is the opportunistic psychologist seeking to make a name for himself by repairing whatever damage they've incurred, while their bitchy aunt Jean (Jane Moffat) has little to do besides being the bitchy aunt who presents an obstacle to Annabel and Lucas's continued custody.

Beneath the unusual premise, cracks begin to emerge. The score grows obtrusive, forcing the audience to adopt an emotion in one key scene that would've played better in silence. Audio shocks pose as real scares. Annabel and Lucas become classic horror-movie parents, remaining in the house even after signs of real danger. The plot turns Silent Hill-y. On a hunch, Dr. Dreyfuss betrays his doctorate and common sense to go investigating things he shouldn't. The brisk pace slows to a shamble. Characters begin speaking in clichés. And then -- 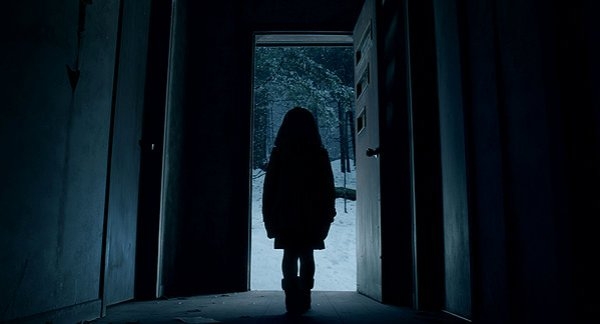 Am I creepy yet, Mama?

BAM! Mama implodes spectacularly. That solid first hour gives way to an incoherent mess of shoddy CGI, tropes on loan and lofty pretenses. Mama wants to be grander than it is, assuming a tone that indicates there's some universal truth about childhood or parenthood hiding somewhere in the cacophony. This is The Ring Two masquerading as the spiritual successor of Pan's Labyrinth. This is Don't Be Afraid of the Dark, round two. This is the latest in a long line of films that prove my Unifying Theory of Horror, the premises of which are as follows:


1. Horror is the hardest genre to master.

Of the 160 horror films I've endeavored to see in the three years since I began writing for Something Awful, only 60 or so were good to great. The rest were mediocre or unfathomably bad, but most of those turned a profit on small-ish budgets. The same is largely true for the thousand or so I've avoided.


3. Good horror requires the exploration of the unknown in both form and content.

Every successful horror film does something new with the genre or reinvents the old. Films as recent as Insidious, which turned Poltergeist on its head, or Drag Me to Hell, which rekindled the possession film with an unerring pace and a darkly comedic riff on body horror, have done miracles in making classic elements seem fresh. After all, there's an admittedly small variety of horror tropes, which the great films reconfigure. Once a horror film sacrifices the element of surprise.


4. Great horror is rarely recognized in its time.


5. The Hollywood system is far from ideal for honoring the third premise because the suits fear the fourth.

Every great horror film of the past few years was made outside of the studio system, except for Black Swan and Shutter Island, both of which were made by directors with a proven track record and relative autonomy. 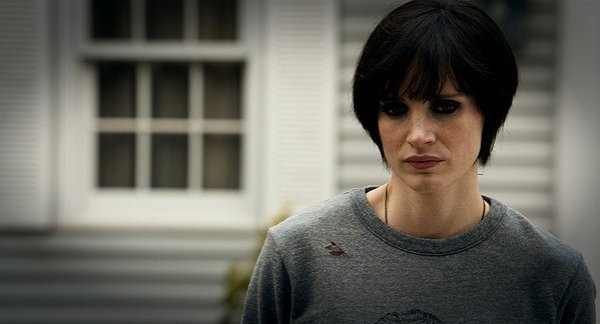 Jessica Chastain now resorting to full-blown disguises in order to get herself in every movie.

This theory goes a long way in explaining Mama's failures, as Muschietti begins with an unusual premise and interesting characters but gradually loses confidence in his abilities as a director (worse, he may have run out of ideas when padding his short film to 100 minutes) -- a loss so extensive, it seems some editor-for-hire went to work on Mama with a hacksaw and forgot to watch the first hour while Muschietti lost the will to fight for any kind of creative control and retreated to his trailer, where del Toro fisted him repeatedly before he made Muschietti beg for seconds.

I mean, who needs logic when you have the opportunity to depict a character tracking a ghost through a pitch-black cabin with nothing but camera flashes? Who needs narrative arcs when that ghost walks like Samara? Isn't that fucking COOL? I mean, isn't that what the people want? Sadly, the answer -- the depressing answer over which I will lose sleep for many nights to come -- is probably yes: Few will heed this review, Mama will make a mint and, two or three years from now, Hollywood will recycle Mama's scant strengths into another feature "presented by" del Toro or Wes Craven or Quentin Tarantino or maybe Muschietti after he's dubbed a new master of horror.

At least this proves my theory's second premise is correct.

MINORITY REPORT: What Annabel needs to do is plug her bass up the The Apparition's faith amplifier. If there's one thing evil spirits hate, it's a righteous bassline. - Joseph "Jay Dub" Wade