EXPECTATIONS: I thought The Girl with the Dragon Tattoo's meager revenue taught us the inherent danger in marketing a film as "the feel-bad movie of Christmas," and the early word is that Django Unchained is neither the best nor the worst in writer/director Quentin Tarantino's filmography -- oh, hell, I'm expecting nothing short of greatness, even with a studio marketing plan that asks us to schedule Christmas as follows: presents, nap, turkey dinner, three hours of graphic slavery violence.

REALITY: In 1994, Tarantino -- who is white, for those of you who never have witnessed Tarantino babbling about movies no one's ever seen, movies he's never actually going to make and Uma Thurman's gigantic, beautiful feet -- pissed off writer/director Spike Lee -- who is black, for those of you have never witnessed Lee bitching about Tarantino -- by using the n-word sixteen times in Pulp Fiction. That's an average of once every fifteen seconds during one uncomfortable scene and once every 12.75 minutes through the remainder of a film that's largely unconcerned with racial topics. 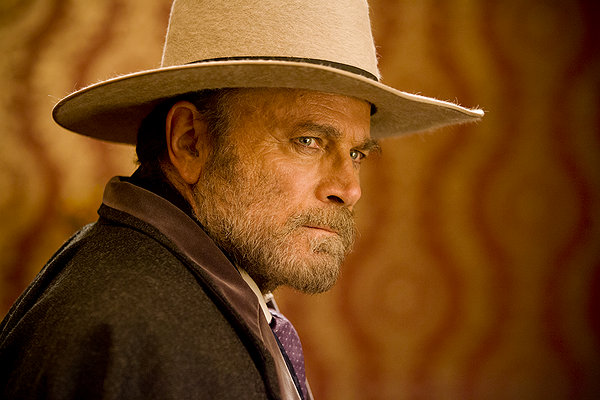 Gotta get the original Django in here somewhere.

Now that Gwyneth Paltrow, the white person's white person -- the woman who makes Coldplay frontman Chris Martin seem downright gangsta for that shit he did with Jay-Z -- has the clearance to tweet the n-word, one would think Lee would lighten up. Nope. Not Lee. He refuses to even see Django Unchained and if ever there were a man who stuck by his guns, it's Lee. And I respect him for that, but the truth is Lee's missing out on a masterpiece and the only recent film by a white American man that has the potential to advance race relations in America at the dawn of the 21st century.


Django Unchained, in which our hero (Jamie Foxx) is promised freedom by the dentist-cum-bounty hunter Dr. King Schultz (Christoph Waltz) if he helps Schultz track and kill three brutal slave traders, is Tarantino's Do the Right Thing precisely because the film confronts the messiness of racial tension head-on. Whereas Crash, The Blind Side and The Help, to name but a few, feel like poorly written apology notes from Hollywood's patronizing white elite, Tarantino has the courage to confront the horrors of slavery without flinching, to write a black protagonist who exists to do more than help white protagonists arrive at foregone conclusions about equality and to position most of his characters within a moral gray area. 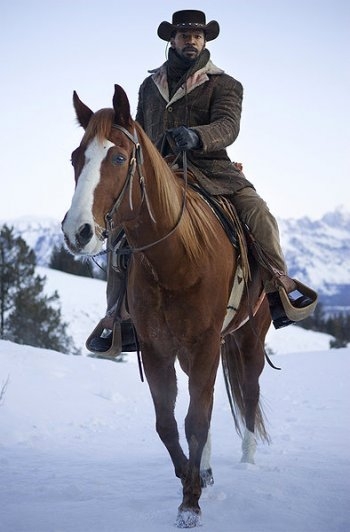 And the new Django, who has one hell of a costume designer.For instance, plantation owner Calvin "the original Ryen McPherson" Candie (Leonardo DiCaprio) lives a life of grotesque opulence on his massive stead, arranging slave fights, scheming up ways to bone his sister and generally behaving like a bored, sociopathic aristocrat. While most Hollywood films would be content to write Candie off as simply evil, Tarantino and DiCaprio amplify the horror by presenting a character who's fitfully compelling and not entirely impolite -- yes, even to Django and his slaves, headed by Stephen (Samuel L. Jackson, doing a wicked Bill Cosby impersonation).

When Schultz introduces Django as a free man, Candie offers him a room in the guest house adjacent to Schultz's, an offer that meets stiff protests from Stephen, who espouses racist rhetoric more frequently than Candie. As we get to know Candie more during Django Unchained's masterful third act, we gradually realize that slavery is merely an excuse for Candie to exercise his basest impulse: sadism. By casting Jackson, one of the most forceful black actors working today, as Cosby-as-Stephen, Tarantino is asking us to decide who is the bigger villain, the bored white sadist or the house slave who expends a lot of energy supporting his owner's delusions. It's up to you decide whether that's more nuanced than The Help, but for my money, this is the most provocative cinematic statement about race since Mookie picked up a trash can.

Tarantino emphasizes his sincerity by relying less on the formalist elements that drove his prior films, such as the hyperactive genre-mashing of Kill Bill or the nonlinear narrative of Pulp Fiction. In Django Unchained, he adopts the cinematography of spaghetti westerns, habitual speed-zooms and The Wild Bunch's gory violence, but the coherent tone and straightforward storytelling do a lot to dispel concerns that Django Unchained is anything but respectful. Sure, Tarantino's hallmarks -- tension mounted through dialogue and resolved through graphic violence, black humor and the invocation of absurdist tactics -- are on full display, but neither the humor nor the violence arrives at the expense of the oppressed, but of the oppressors.

If anything, Lee should rejoice that Django Unchained is a study in white discomfort, as Tarantino effectively stretches Jimmie Dimmick's monologue to 165 minutes. The n-word is used as frequently as indefinite articles through most of Django Unchained and with each successive instance, it hits like a whip and forces us to ask all the right questions: Is it acceptable for white actors to use the word so frequently, even in the proper historical context? Is it acceptable for a white filmmaker to write a film around a revisionist folk-hero former slave? We may respond "no" to each of those questions, but even that we ask ourselves this as we leave the theater -- well, that's progress. And so is Tarantino's appearance as the only white character who doesn't use the n-word.

(NOTE: A brand-new red-band trailer for Movie 43 precedes Django Unchained at Regal Cinemas locations, but Django Unchained, in which black men are treated like animals for sport and evaluated solely on their physical prowess, kinda forces the audience to think about Movie 43's basketball sketch in a whole new context. Strange marketing plan, for sure.)

MINORITY REPORT: As a massive fan of Italian Westerns, I am hugely excited for a chance to actually watch Django Unchained. Tarantino plays with genre conventions with joyful glee and even calling this film Django is an inspired nod to a classic era. Half your work is done right there in the title. - Ian "Professor Clumsy" Maddison