EXPECTATIONS: Last week, I refused to rate Nymphomaniac: Volume I until I had the opportunity to see Volume II, Ian called me a cunt (again), I insisted Lars von Trier was more of a misanthrope than a misogynist and I predicted that Volume II (a.k.a. Lars Gone Wild) would be nuttier than its predecessor - based on the teaser footage that played during Volume I's credits, in which we see glimpses of Jamie Bell whipping Charlotte Gainsbourg with a riding crop - but not nearly as much fun. 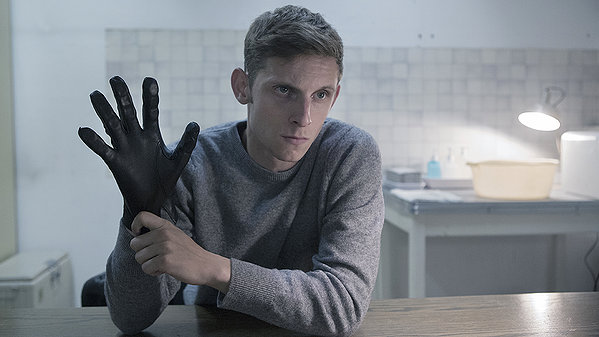 Oh, this is going to be a laugh riot!


REALITY: As it turns out, everyone was right. I'm a cunt, Lars von Trier battens the hatches against accusations of misogyny and Volume II, while pushing the boundaries of faux-arthouse cinema even further, isn't nearly as playful as what came before. It also makes less sense, exchanges Volume I's concern with the implications of fly-fishing and mathematics for automotive repair and religion, and introduces a subplot that finally snapped my (generally very elastic) suspension of disbelief. That's not to say it's awful - and the reinsertion (heh heh) of the hour that was apparently cut from Nymphomaniac on its trip from Denmark to the U.S. may yet remedy Volume II's disjointedness - but if Volume I is controlled chaos, Volume II is a mess of incongruent metaphors and naked flesh, glued together with vaginal lubricant and molded into an effigy of Lars von Trier. Your mileage may vary.

Hopefully, you've seen Volume I by now. If not, and you're at all interested in what von Trier can accomplish when he flushes his meds, you should probably stop reading and scroll down to the score, because any discussion of Volume II will spoil the first, which started with a tangle of disparate strands and finally wove them into a whip - come to think of it, that's a useful metaphor, given what happens here. When we catch up with Joe (Charlotte Gainsbourg), she's still relaying her life story to Seligman (Stellan Skarsgård) in one of those all-night chat sessions that should ring true to freshmen philosophy majors. In flashbacks, we learn that her on-again, off-again relationship with Jerôme (Shia the Beef) has solidified into something that's as close to domestic bliss as we're gonna see in a von Trier film: She's pregnant, but her vagina's gone numb (presumably because bad things must happen to women who use their vaginas so frequently). Some time passes, and Jerôme, who's met her numbness with impotence, gives her permission to seek other partners. If this sounds familiar, it's the first of what might be many significant references to previous von Trier films; another, which comes later (heh heh), is a note-for-note variation on a scene from Antichrist. 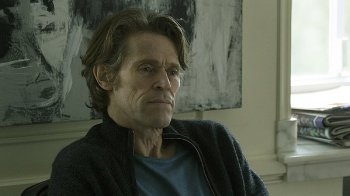 I'm hard.So Joe embarks on a quest to regain sensation in her dead vagina. First stop on the fucktrain to Pleasureville: a threesome with a pair of brothers who don't speak her language, which leads to the funniest sex scene in personal memory. Then, the fucktrain goes choo-choo and she seeks the services of K (Jamie Bell), a pro-am dom who introduces Joe to the wonderful world of BDSM. Her relationship with K, who refuses to fuck his clients for reasons that go unexplained, is simultaneously the most fascinating, harrowing and frustrating aspect of Volume II. The scenes in which he positions her ever so carefully over the arm of a leather couch, methodically ratcheting an industrial-strength canvas strap to pin her to the cushion and using duct tape to keep her legs splayed, are hypnotic in a "Jesus Christ, I know what's coming and I don't know if I can handle another whipping scene so soon after 12 Years a Slave" kinda way. And the cinematography - which balances the warm color of cracked leather, her impossibly white ass, the sterile blues and greens of an institutional office setting, and the cold steel of cheap chairs - is a wonderful recreation of how I imagine the documentary aesthetic of Swedish "instructional films" of the 1960s. BDSM, and the opportunity it finally affords Joe for sexual release, has rarely looked so frightening and alluring, which, I think, is the right choice if we want to get into the headspace of a sub. Unfortunately, we never learn much about K, a character far more intriguing than most of Joe's partners. Who is this man who beats women for neither money nor pleasure in this vacant wing of an office building? We'll never know, but if you imagine K as a proxy for von Trier, and K's motivations as a hazy response to critics who accuse von Trier as a misogynist - well, you can see just how meta Nymphomaniac really is.

Unfortunately, K exits stage right and carries the lion's share of Volume II's power and integrity with him, creating a huge deficit in a film without the dramatic appeal of Uma Thurman's scene in Volume I or, hell, even Christian Slater shitting himself in a hospital bed. Yes, it's interesting to watch Joe attend a support group for sex addicts and define herself in opposition to her peers. Yes, von Trier manages to pull this film together somewhat in the last ten minutes, in which Seligman (another proxy for von Trier) tells Joe why her story is important - and, in doing so, elucidates a huge problem in gender politics as they relate to society as a whole and narrative cinema. But von Trier struggles to balance those minor victories against a subplot that's truly bizarre, as Joe finds new vocation in the seedy underworld of debt collection, and her boss (Willem Dafoe, in what amounts to a cameo) encourages to a) put her sexual knowledge to good use by extorting deadbeats and b) recruit a troubled 15-year-old girl with cauliflower ear (Mia Goth) as her protégé. How this ties beginning to end and brings us back to the first scene of Volume I - when Seligman finds Joe laying in the street, battered and bleeding - is, to put it politely, fucking ridiculous.

Even if Nymphomaniac is, in some measure, about unreliable narrators and the art of storytelling, the plot relies so heavily on contrivance and coincidence here, von Trier undermines his own film by working so hard to make the narrative tying-together of Volume II equal the thematic tying-together of Volume I. As a European director with a distaste for formula, he should know that some films don't need a final act, and Nymphomaniac is at the top of that pile. Von Trier is a man who has never known the meaning of "restraint" - on some level, that's why he has so many admirers and why he can get away with building a two-part epic around hardcore sex, starring some of the best actors working today - but if he had exercised even a modicum of that dreaded R-word when he was crafting the screenplay for Nymphomaniac, he could have shuffled the few good moments from the final hour into the preceding three (or four, depending on which continent you're polluting), ended the film with Joe regaining vaginal sensation and called it a day. And what a great film it might have been.

MINORITY REPORT: If Divergent has taught me anything, it's that no film really needs a final act, because every film is bound get a sequel at some point anyway. - Joseph "Jay Dub" Wade