EXPECTATIONS: Now that we've officially decided to run this 3D thing into the ground, it should come as no surprise that They've started selling us documentaries in 3D as well. I mean, a documentary about cave paintings? Could they possibly have chosen a less visually interesting subject? Wait, who made this? The Grizzly Man guy? I thought he got eaten by a bear ... Oh, the German guy? Okay then, yeah, I guess this could be pretty cool. 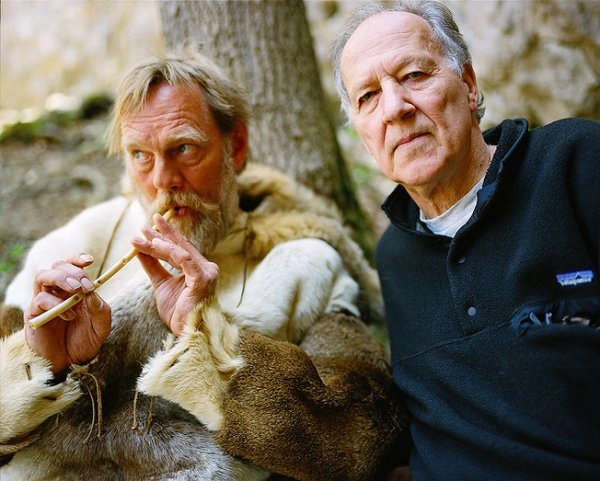 I don't know what kind of nightmare I'm having, but I would really like to wake up now.

REALITY: The fact of the matter is that when Werner Herzog announced he would be filming a 3-D documentary about the Chauvet Cave paintings in France, a lot of people balked at the idea. What could possibly be that interesting about cave paintings that would make a filmmaker like Herzog want to shoot them with 3-D cameras? That question in itself turned out to be the hook that led me into the theater. Herzog is one of those directors who has some pretty nutty ideas about what the art of film can do, and in Cave of Forgotten Dreams, he manages to capture the world's oldest paintings in possibly the most fascinating manner imaginable.

In 1994, archaeologists discovered a cave in the south of France that had been sealed off for over 20,000 years. Inside were perfectly preserved drawings and etchings of all sorts of animals on the walls of the cave. Today, these are widely regarded as the first instances of humans creating art of any sort. Enter German filmmaker and probable crazy person Werner "I Ate A Shoe On Camera Once" Herzog. With a small team of assistants and fellow art enthusiasts, Herzog captures the beauty of these paintings in rich and surprising detail, all the while providing voice-over musings about the significance of drawing rhinos on cave walls.

By filming in 3D, Herzog is able to capture the intricate contours of the cave, allowing the viewer to experience the paintings much in the way that the original artists may have. As it turns out, this is the most interesting part of the entire film. Herzog interviews archaeologists, art historians, and even a goddamn perfume expert on their impressions of the cave paintings, and almost every single one of these interviews feels completely perfunctory. 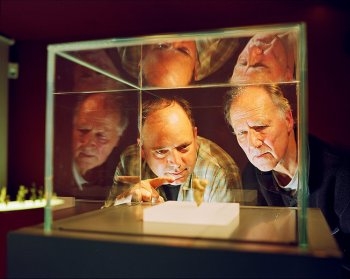 And here we see the now infamous Kryptonite meteorite that landed in Adis Ababa.Sure, they do offer some background explanations for the hows and the whys of the paintings -- for example, that several paintings are thousands of years older than others -- but at a certain point it becomes an overload of seemingly useless information. Is wondering how the Chauvet Cave smells really a pertinent (or even interesting) question? Asking what the cave smells like is sort of like asking what the Sistine Chapel smells like. It has absolutely zero bearing on your enjoyment of the images, and would really only be relevant if Herzog had also shot his film in Smell-O-Vision.

If I'm being completely honest, the only times where I truly found the film captivating were in the instances where all the interviews and narration stopped and we were allowed to sit and take in the paintings in silence. Occasionally there would be accompanying music, occasionally silence; when it's just you and the cave, it's the closest thing to actually being there. This is monumental stuff all on its own, and I'd recommend the film to anyone just for that experience.

That said, there simply has to be more to the film than this. If Herzog's intention was solely to show us the Chauvet Cave paintings, he likely wouldn't have dedicated an entire feature film to it. One could argue that he's trying to situate this ancient art as the dawn of modern man. That's a possibility, and the idea is stated in the film about twenty times; however I'm less than enthralled at the discovery of a woman painted with the head of a buffalo. Somehow, I find it incredibly depressing that the world's first furry artist was not only French, but also a caveman.

My guess, however, is that Cave of Forgotten Dreams is pretty clearly Herzog's essay on the ultimate pointlessness of 3-D movies. While he arguably found the one subject that actually warranted 3-D projection, he also seems to be asking how far we've really come in 20,000 years. From three-dimensional paintings of herds of horses to three-dimensional movies about Johnny Depp screaming and wearing stupid-looking hats, I think it's fair to say Werner Herzog is not impressed with the state of modern art.

A lot of folks seem to be completely in love with this film. The old lady sitting right behind me in a theater of only two people would not shut up about how fascinating and beautiful everything looked. That's great; good for her. For my part, the cave paintings themselves are indeed breathtaking, and the way Herzog photographs them is pretty stellar. However, when the film cuts away to let a scientist explain the caves, the film comes to a boring, grinding halt. The best way to experience Cave of Forgotten Dreams is set your expectations low, find a theater that serves alcohol, and throw back a few before sitting down. I'd also recommend roasting a pig over an open flame right there in the theater, but I will not be held responsible for the consequences.

MINORITY REPORT: Last week I discovered an old Safeway store. There were all sorts of drawings on the walls, but one wall in the back room stood out. There were dozens of buffalo-women drawn across it in some kind of brown ink. At the bottom read the words "They are coming..." and it was signed by one Montague Smythe. History is fascinating. - Donovan Laird 23/05/2090