The Winners of the "Hard Ticket to Baghdad" Art Contest

Winner Most Likely to Be a Serial Killer's Artwork 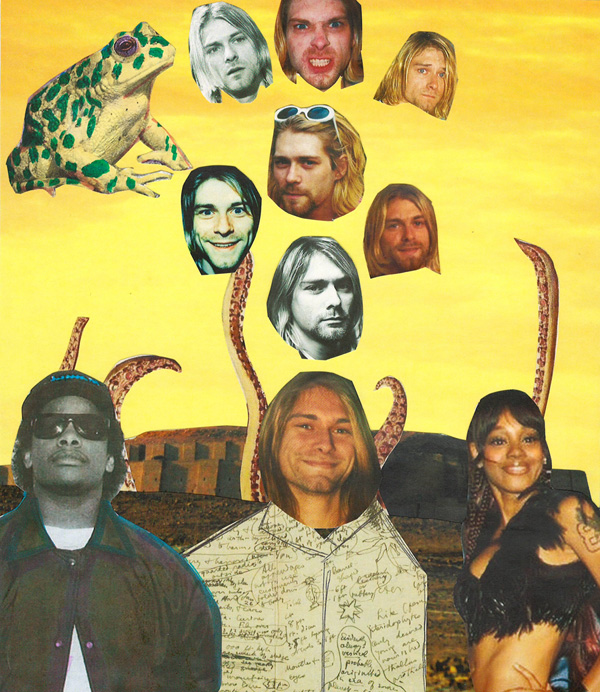 Steve: This one is from Kevin. I think we need to change our email address.

Zack: He put this together by hand. That's worth, uh, something.

Steve: Could we get a restraining order based on one piece of art?

Zack: It's less scary when you find out what actually went into the process, because it was created over the course of an hour on a public access TV show.

Zack: I'm not joking. Kevin is part of a TV show where people make collages on air.

Steve: That sounds actually super bad ass. As a fellow (retired) public access TV host of my drumming and philosophy TV show Man and His Cymbals I salute Kevin.

Steve: Just not enough to give him a prize.

Zack: If you want to watch an hour of a man making a contest entry, you can search Youtube for "Call of Cobain."

Zack: I would call Kevin a big time nerd, but then again we write a column about role playing games so that's sort of throwing a rock out of our mother's glass basement.