Wizards of the Coast was eager to capitalize on the huge success of 1993's Magic: The Gathering with expansion sets adding new cards. The first of these, 1993's Arabian Nights and 1994's Antiquities, were short sets, only around 100 cards, but demonstrated the unique genius of the Magic system: unlimited revenue potential. With Arabian Nights WotC made the questionable decision to introduce Islam to a fantasy setting. With Antiquities they set the precedent of lazy weirdness for future expansions. We take a look at both. 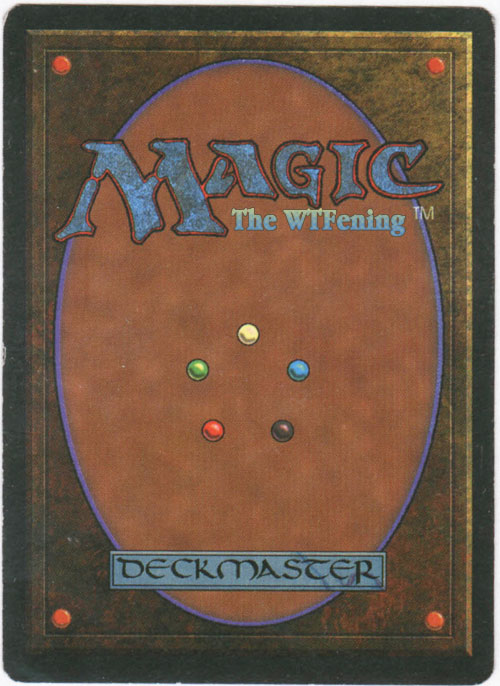 Steve: Have you been watching the news, dude?

Zack: No, but I've been filing dozens of CNN iReports where I sit with my shirt off staring into a camera and ranting about bankers.

Zack: So far Wolf Blitzer is afraid of the truth I am laying out there.

Steve: I mean we haven't done one of these in a while dude. Usama Bin Laden is dead! Can you believe it?

Zack: Obviously you haven't been watching my iReports. I don't believe anything the government says. I won't believe Osama is dead until I can Source Code into bin Laden and be shot by the Navy SEALs.

Steve: They don't have that technology. That was just a movie dude.

Zack: Was it? Or was it reality and WE'RE the movie?

Steve: Maybe we should get on with the Magic cards.

Zack: This has already happened, you can't change it, Steve! 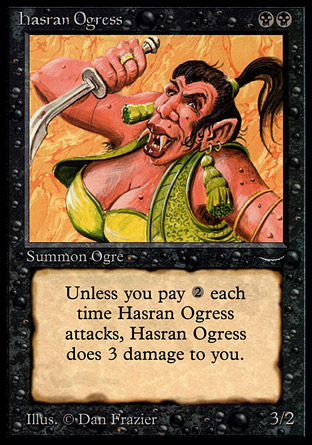 Zack: The Hasran girls aren't easy on the eyes, but they makes a killer tabouli salad.

Steve: The rack says "yes" and everything else says "yech!!!"

Zack: And you'd better keep her in gold curtain-tassel earrings or she'll stick that knife in your back.

Steve: There's a comment about feminism and racism or something here but I am afraid to come right out and say it.

Zack: Clearly you're a feminist. You've stopped using "hooters" entirely and have switched to the more respectful "rack."