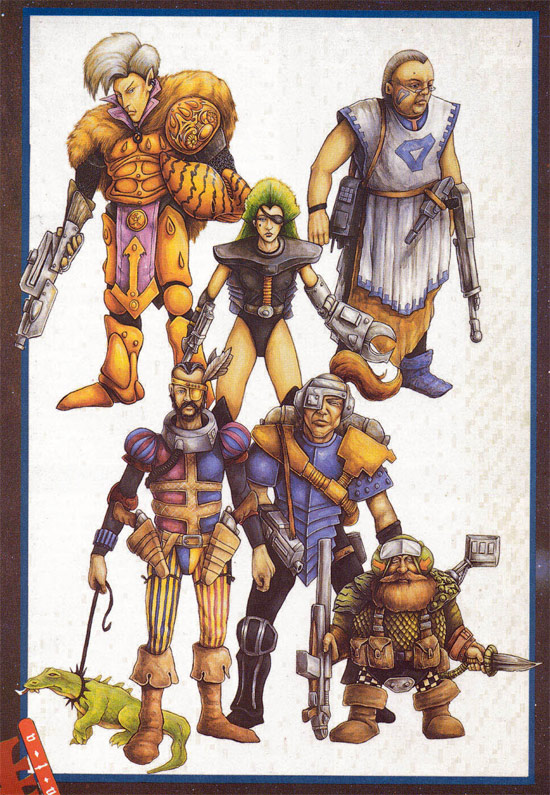 Zack: I don't know if you can read the text, but the title of this drawing is, "Bad Ideas We Plan to Remove from the Game"

Steve: Nothing gets me excited about future wars like Benjamin Franklin and a lizard on a leash.

Zack: Also apparently in the grim darkness of the far future there is no depth perception.

Steve: But that's okay because there are still Renaissance Festivals.

Steve: His name is Bosco and he likes to eat peppers!

Zack: Of course, what sort of awesome picture can you really expect when the game looks like this?

Zack: Back in those days everyone was playing their games in the hallways of shopping malls.

Steve: This was probably at some hotel conference area. Whatever bog people version of Holiday Inn they have in England.

Zack: Games Day 1986, to be held in the lobby of Her Majesty's Motor Lodge of Hull. That year's tournament winner was playing with a 600-point Zoats and Clams list with a robot heavy contingent and graviton guns across the board.

Steve: "Ello governor, used a box of GI Joes, mate. Called them mutants, I did!"

Zack: Talking to you is like a training simulator for severe brain damage.

Steve: "Cheerio love better brush up on your living will!"