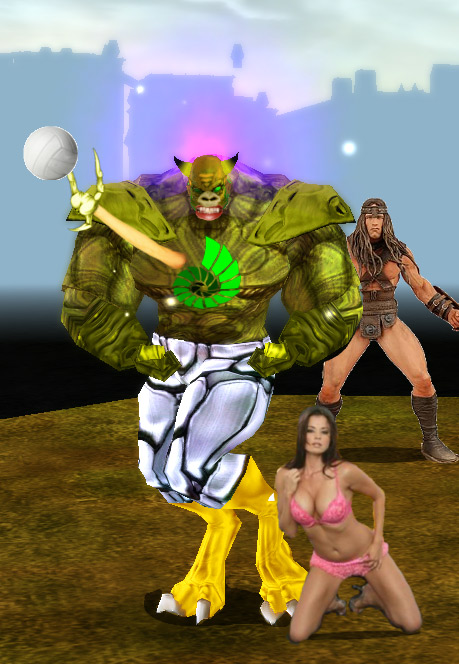 Description: When the Cadaverous Gastropod is not at the gym, he likes to spend his time at the beach. This beefy Oni likes to show off his hot bod, and is constantly flexing for the chicks. He also enjoys a game of volleyball, and thanks to his third arm, he is able to play while still flexing. The Cadaverous Gastropod loves stealing girls from other beach dwellers, especially from barbarians.

Zack: I would like to note for the record that this is only included under protest after Steve insisted that "no, we got to include it, it has all the elements."

Steve: Is that even up for dispute? Look at those elements on display.

Zack: Steve, if you ran this contest by yourself the winner would have been the person who Photoshopped Conan onto a boob.

Zack: The government has it on their supercomputers.