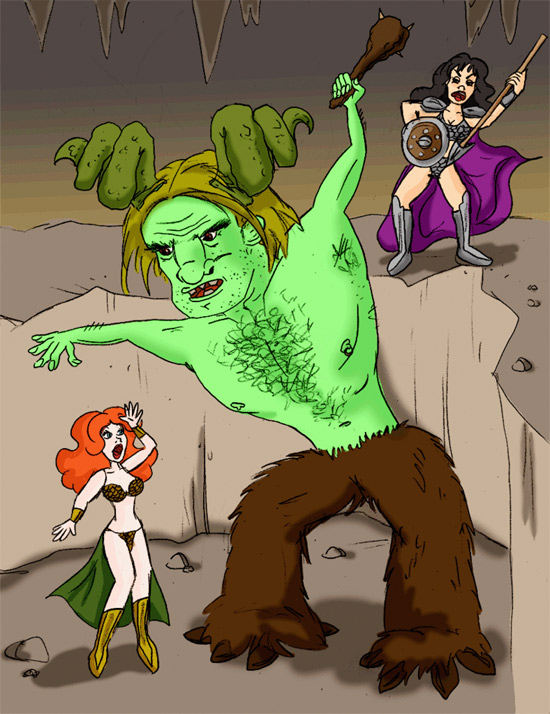 Description: Large, awkward and hairy, Seth was formed when an internet troll was accidentally pulled through the Rifts. As he moved through space and time, his body was transformed into a hideous, yet accurate mockery of himself. He was eventually dumped into the depths of hell, where he completed his transformation into a somewhat fearsome demon. Alone, stranded in another world, Seth found his demonic rest in the darkest regions of a great cavern.

With his tiny arms, he poses little threat in hand to hand combat, but his horns can be deadly if you find yourself caught by a surprise headbutt. Seth is only known to be dangerous to unsuspecting underage girls who wander too close to his cavern, and can be banished with deodorant.

Steve: Aw man, dang, this one is just so much fun.

Zack: Technically maybe not near the top, but it definitely captures a certain something. Namely busty babes fighting a giant in a cave.

Steve: Heck yeah. This dude went all out. Look at those lips. You can almost imagine the sensual campfire nights with this party.

Zack: It takes a woman to really understand how to rescue a woman from a cave troll pit.