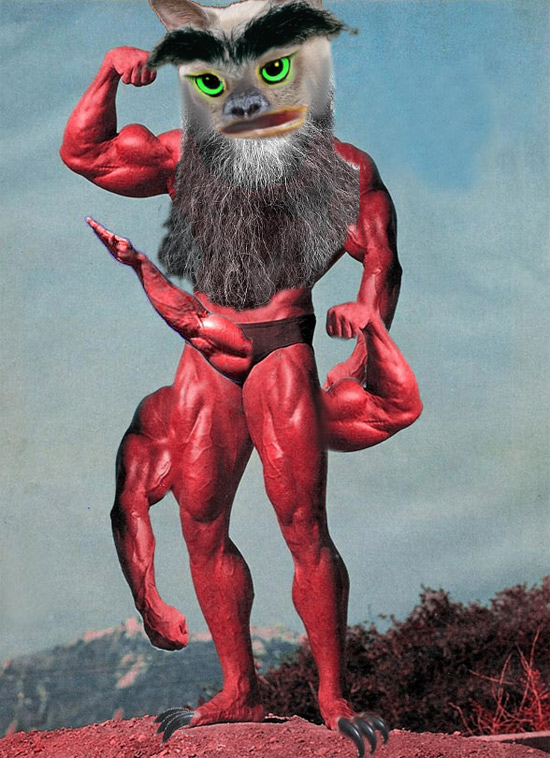 Description: Der Katzen von Nippon lives in the neo-FujiYama region where he climbs mountains to befriend the local insectoid population, who he will later feast on. Der Katzen von Nippon is really super strong, like you wouldn't believe. He works out all day, lifting boulders, and squashing insectoids. He especially enjoys working out his groinal arm. His girlfriend is Fraulein Boobenmeister, who has 5 boobs, one for each hand.

Der Katzen von Nippon attacks when ever someone makes mention of his extreme swoleness, or makes fun of his lack of reproductive organs. He is impervious to any sword but the katana, and he can see when ninjas are attacking, so don't even try to sneak up on him.

Steve: Look at how pumped up this dude is. He will wreck some adventurers. Flexing his pecs and popping his abs out under that beard.

Zack: Underneath that beard is one big chafed rash.