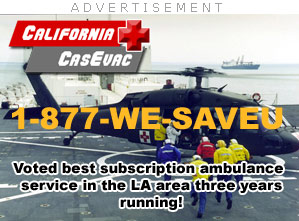 Howser leaves and I go to find Morrison. He's bedded up in another one of Klint's harem apartments. The door opens as I approach. Beckah walks out with her camera crew in tow. She wipes her mouth with the back of her hand.

"Do you have any mints?" She squeaks, as if she doesn't even know who I am.

I push past them. Morrison is pulling on his track pants and grinning from ear to ear.

"Everybody hates a clown," I say. "Finish getting dressed and we're going."

"I was ready to quit after that bullshit yesterday," he says, "but now I am lovin' this job. You're not gonna believe this shit. That hot little bl-"

I hold up my hand and he shuts up.

"If you tell me about how she just rocked your balls," I force myself to stay calm, "I am going to make you eat those sneakers whole."

"Be that way," he spits back and starts tying the shoes. "You can rent the movie."

"I'll see if I can get a screener from your agent."

Morrison sulks, but when we get to the garage his foul temper is lifted. He whistles in amazement. There are a lot of nice cars.

The garage is more of a small warehouse, with a full mechanic's shop built in. There's even a little lounge area where a couple of Mexican attendants are watching the GAEN. I can hear the newscaster talking about the president flying to Colorado to sign some sort of defense alliance.

"-gathered at the airport, where Republic One will be departing this evening," the woman's voice is soothing and echoes slightly in the big garage. "But many are not happy with the planned deal. The chancellor of Nevada has issued a statement condemning the move as an effort to destabilize the already precarious water situation in the West."

Then it cuts to some blowhard talking about how California should ignore everything Nevada says and isolate them until they choke to death. Some other guy disagrees and says that the rightwing extremists in Baja and our PacNorth allies are trying to push us back to the brink of war. I hate politics.

"Can I help you?" One of the attendants finally asks.

"You came to the right place," the attendant chuckles like he's funny. "Which one?"

I look them over. Ferraris, Porsches, Mercedes, BMWs; the choices are overwhelming. Morrison angles for a big hydrogen-cell Land Rover that's in style right now.

"No," I shake my head, "something classic. Something&"

It's love at first sight.

The 1967 Pontiac Firebird starts on the second twist of the key with a puff of smoke and a throaty rumble. It's a big, muscular, pure petrocar fossil that probably kills a tree every mile you drive. I want to make out with it. Even Morrison has to agree it's got style. The black paint is polished to a gloss that reflects the sun as we pull out into the driveway. The leather seats are huge and impractical. There isn't even an airbag or a nav system.

"You look ridiculous with that dew rag on your head," I tell Morrison.

"Shut the fuck up," he replies. "You look ridiculous period. I am not gonna drive around showing off the bullet crease on my head."

We stop at the lockup on Melrose first. Morrison grabs a domestic nine of some sort, Colt maybe. The only handgun left for me is an old 44 Magnum revolver. I wedge it under the seat and shove a couple M-27 carbines and plenty of ammo in the trunk.

I strap on a vest under my track suit. It hurts like hell snapping up and I can't bear the weight of the SAPI insert on my cracked ribs. Kevlar will have to do.

I have to help Morrison with his vest because of his wounded arm. He complains about it for ten minutes and starts moaning about hazard pay.

"Next time try not to get shot," I advise him.