It's sticky hot outside, but it's downright balmy compared to Los Angeles. The Rockies that cradle Aspen are covered with vibrant green foliage and bright swaths of morning flowers. In winter there is enough snow to get a couple weeks of skiing in, but Aspen has transformed itself into a year-round resort. Aspen is isolated from the troubles of the world, a mountain fastness, literally a nation unto itself.

We ride a trio of limousines through downtown. The late-partiers are staggering back to their hotel rooms and the early-risers are just venturing out. Our destination is the Fireweed, one of Aspen's most exclusive hotels. 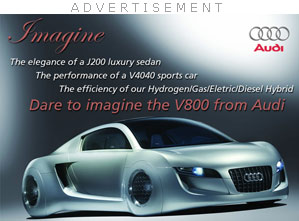 We roll up and the hotel looks like the work of twisted Swedes or Norwegians. It's made of staggered cubes of photoshifting glass and polished steel. The lobby's ceiling is three stories above our heads. Black leather couches surround a sculpture of granite and crackling fire. It's someone's idea of cool.

I'm surprised when Klint hands me a room key. I was expecting to spend the morning in the hallway outside their suite.

"Right next to mine," he sticks his tongue out and howls in my face. "Turn the music up baby 'cause I am gonna be fuckin' all night long."

He doesn't know it but someone has drawn on his face while he was passed out on the plane. There are arrows pointing to his mouth and the word "COCK" is written in bright red marker. He'll still probably get laid.

"We'll need you in three hours," Howser says, shouldering past me.

Howser glares at him.

"We're meeting Dino at nine for breakfast," Howser explains, "he's selling us the crowning jewel for the Big Stunt."

"This season finale is going to be fucking sweet as hell!" Klint throws the devil horns on both hands.

Howser grabs Klint by the sides of his head and presses their noses together.

"If you fuck this deal up I will wait until you fall asleep and I will inject you with a giant syringe full of air. Right into your main artery. Do you understand me?"

Klint nods, suddenly afraid. The MTV cameras catch it all.

I leave Morrison in charge of seeing them to their rooms, and pick up some clothes at one of the shops off the lobby. I keep it simple with socks, blue jeans, and a pre-distressed "Aspen, Colorado" t-shirt for that retro feel. They don't take my redbacks so I charge it.

I head up to my room and I think for a second that I'm in the wrong place. It's enormous, with a beautiful view of the Rockies. The bed looks big enough for me to run laps. I'm too wound up on the Resomine to sleep, but I find something even better.

I can't stand to fill the tub more than about halfway with water. Even though Klint, or MTV, or whoever, is paying the tab, it's just so goddamn wasteful. Then I settle into the hot water and I feel like crying. Not even man crying, little fucking baby crying. I haven't felt this good since that threesome in Caracas and I don't think the water is gonna give me the clap. I play around with the jets on the rim of the tub until I find one that suits me best and when I close my eyes, hell, it's better than sleep.

I stay in the water until nearly every part of me is crinkled up and puffy. This is what those dumbfucks I'm working for can have every day. They can have a giant tub full of hot water and sweet-smelling oils. They can share it with top-tier models willing to do anything for a small chance to get ahead in the business. They can do that and more and they don't even give a shit. It's not that they're rich beyond all reason that bugs the crap out of me; it's that they don't appreciate it. They're petulant little dickheads.

I get dressed, my vest on under the fat guy's t-shirt, and slide the collapsible baton down the waist of the blue jeans, just in case. I haven't been this clean in years. I've got two tabs of Resomine left, but I figure I can keep it going for the hour or two the lunch with this Dino guy will take.

When they come to collect me I see that I'm under dressed. I duck back into my room and throw on the dirty suit jacket I've been wearing since yesterday. It'll have to do, because everything else smells like sweat. 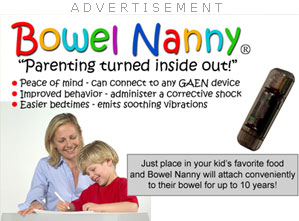 Lunch is in a private dining room off of the hotel's three-star French restaurant. Le something or other. Dino turns out to be a guy in his late twenties with black hair slicked back into a greasy pony tail. Someone mentions he's the great-grandkid of that film producer that made original Conan movies. I think his mom was a TV chef or something. He's got six thick-necked trigger-pullers dressed in matching tuxedoes. They look to be strapped too, but I don't bother asking how they got the guns into Aspen.

The breakfast is endless and rich. I pick at it, but I've never been much of a breakfast person. Give me a protein bar and some Cuban coffee and I'll be set. All these French sauces and eggs just fuck with my stomach. I drink plenty of orange juice, though. So does Morrison. I grew up drinking the stuff every morning, but it's another one of those commodities that has become increasingly scarce.

Once the waiters clear the table Dino's muscle hauls in a steel case about three feet long, one wide and one deep. Howser reaches for its latches and Dino smacks his palm down on the case.

"Money first," Dino says. "Not that I don't trust you, but this is not everyday merchandise."

Rollins pops the lids on a pair of briefcases. The MTV cameras swoop in to get a close up. More cash than I've ever seen before, big fat stacks of 100 euro notes. I suddenly feel like I've been getting shortchanged on this contract.

Things have a way of blindsiding you no matter how alert or prepared you are. I'm standing there, all keyed up and ready for Dino's posse to pull a double-cross. It won't be easy to deal with six guys with guns when all I've got is a collapsible baton and Morrison, but I think I can manage. I'm prepared.

When I hear a noise behind me and see Dino's guys reaching into their jackets, I'm so focused on the threat in front of me that it takes almost a full second for me to realize the danger is at my back.

"Hands in the air and step away from the table!"

"Get your hands up!"

The cops are all shouting over each other and swinging the barrels of their guns back and forth. They're in full scale assault mode, with trauma vests over their uniforms and bullet-proof riot helmets.