"Get those guns out of my face!"

A total lack of discipline from Dino's guys. They're shouting taunts back at the cops. Even Dino is in on it, waving around two machine pistols and screaming "it's a fucking setup!" over and over. The MTV cameras are covering the standoff from four angles.

From behind the front line of cops I see someone I recognize. Big Fucking Quincy. We make eye-contact.

"Put those guns down," he shouts over the din, his eyes locked on me. 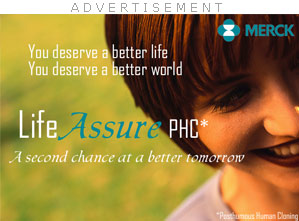 "It's gotta happen, my man. We'll get through this together. Remember Caracas!?"

My expression hardens, he jerks with surprise. It's his turn to plead with me "don't do this" with raised eyebrows and pursed lips.

"It's gotta happen," I mutter.

I kick the legs out from under Klint and ram my hip, hard, into the edge of the table. This knocks over two of Dino's guys as well as Howser and Rollins. The collapsible baton is in my hand and I'm low when the shooting starts. From the sound of it, one of Dino's guys draws first blood.

I come up from my crouch and invert the elbow of the nearest cop with the baton. The joint pops out of socket and the cop screams and drops his gun right at my feet. A nice gift, but there are two other cops inside my reach. One gets the bottom of the baton in his temple and the other gets a kick to the testicles. They both go down hard.

It's a mad din of gunfire. Blood spatters my arm and neck. Bullets are chunking into the walls, the table, body armor, and human meat. Smoke is starting to fill the room.

I dip and the cop's gun is in my hands.

When I bring it up I'm face-to-face with a wide-eyed young cop. We shoot at the same time. Her shots take me in the center mass, thumping painfully but harmlessly into my vest. Mine stitch up her thighs, turning her upper legs into a spurting ruin of meat. In a movie people might limp around on that sort of injury, in real life she'll be dead from shock or blood loss in under a minute. Both femoral arteries opened up and spraying blood like fire hoses.

No time to celebrate or feel shitty about that. I kick her gun out of her feeble hands and turn just as a bullet takes off the tip of my right ear. Another ricochets off the shoulder snap on my vest. I fire wildly in return, a short burst in response and then a longer burst into the legs of a dark mass I can just make out through the smoke. It drops.

Morrison backs into me. He's shot through the meat of his arm and has a mean graze on his bald head, the kind that bleeds like a motherfucker. I drag him down and we take knees, firing into the smoke in the direction of the door. The return fire become desultory and then stops entirely. The overhead fans suck up the smoke. 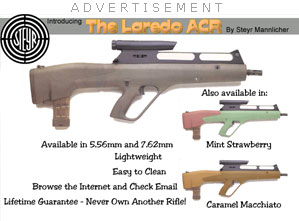 The dining room is a ruin. I count nine cops down, dead or wounded. My employers are alive and seemingly unharmed, but the MTV crew has been butchered. There were about fifteen of them, now I see five. Six counting the girl who is gut shot and bleeding out. The survivors are still filming.

Most of Dino's guys are dead or badly wounded. Dino is alive but hit pretty bad in the chest. Doesn't look like the heart but probably one of the main tubes. I give him five minutes without a medic. Big Quincy is alive. Looks like either me or Morrison took out his legs and his helmet is twisted around on his head.

One of Dino's guys limps towards him with his gun out. I shove the guy back.

I turn back to Big Quincy just as he is lifting his radio to his mouth. I would have liked to say some words to him, maybe apologize. Instead I just shoot him once in the nose. That's a bummer.

Dino sags against the shell-pocked table, his breath coming in ragged gulps. Blood is dripping out from his sleeve and spreading in a crimson stain across his frilly white shirt. Smoke curls from the barrels of his machine pistols.

The MTV kid with all of the facial piercings holds a clipboard out to him.

"I know it's a bad time," the MTV kid shouts over the ringing in his ears, "but do you think you could sign this release?"

Without a moment of hesitation, Dino takes the pen and signs the release.