Howser's jet is a canard design with forward-swept wings and four big thrust-vectoring engines housed in angular nacelles. It's painted gray-black like a military aircraft, stenciled with gold ivy along the fuselage. I've seen this sort of jet before. This is a narco jet, an airborne go-fast. It'll be just shy of supersonic and with a radar profile like a wet hummingbird. Get you from Bogotá to Miami in about an hour. 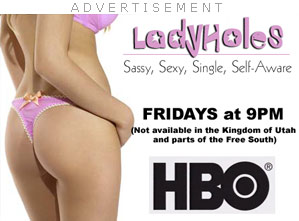 The inside is all white leather and big executive seats. The gear, mostly camera shit, is piled up Lynyrd Skynyrd style on a bench in the back. That's where the agency girls are sitting. I'm sure once we're in flight they'll find a cozy spot to kneel between someone's legs. I wouldn't mind getting a little strange myself, but I'm on duty for the next 72 hours.

Klint falls asleep during pre-flight, rumbling engines and all. Howser and Rollins take turns dropping their ball sacks on his forehead for the MTV cameras. Everyone is laughing. Even Morrison is yucking it up in the seat next to mine, blinding me with those goddamn white teeth of his.

"Enjoying yourself?" I ask him.

The smile disappears from his face. So I'm an asshole. I was raised that way.

The seatbelt lights ding and the engines pitch up. The jet starts rattling and vibrating like a caged animal. This thing explodes across the runway. Zero to airborne in three seconds. One of the girls pukes on a guitar case. A pill flies out of someone's hand and smacks me in the lip.

Once we hit cruising altitude the seatbelts snap open and people start the party up like it was on pause. Some trashy breakbeat pulses out of the sound system. I catch some Gillespie in the samples and it pisses me off. My dad once told me that sampling a jazz musician's record and calling it music was like photocopying a picture of a river and calling it water.

The lights flash in synch with the programmed drums. The girls start taking off clothes, everyone under 30 starts getting wasted all over again. A few of the older barnacles cover up their eyes and ears and try to get some shuteye. Morrison keeps trying to text his girl back in LA but the speed of the jet is fucking with the GAEN signal.

I feel fatigue creeping up on me and pop a couple little red devils out of their foil backing. It only takes a few minutes before the MPH kicks in and I start to dial in the focus. By the time we're on approach to Aspen I can see the sunrise through the windows. That's fine, I've caught my pharmacological second wind. Six good hours before the crash.

We disembark at Hunter S. Thompson Airport, right there amid the mountains. The Aspen Needle is backlit by the sun. It's a spectacular sight, but we only see it for a few seconds. Police in white uniforms escort us, politely but firmly, to a comfortable holding area. It's good to see freak power alive and well in Pitkin County.

There is no mistaking Aspen for a normal city. The cops roll us and everything we brought with us, two cops to each person. My guns are gone in seconds, my boot knives go next. They mistake my collapsible baton for a weed pipe and let me keep it.

They're confiscating anything that could be considered a weapon, but letting us keep our drugs and booze. Aspen is a party town for the wealthy. The powers that be don't care what you smoke or fuck; they just don't want a coked-out Alaskan oil baron plugging holes in the kid of some Saudi prince.

Me, I have trouble placing my safety in the hands of someone else. I already hate Aspen and I haven't even left the airport. I'm about to make a snide comment about the hospitality committee when a strong hand grips my shoulder from behind.

I turn around, but it takes me a second to recognize the face. That face is ten years older, tanned and weathered, topped with a crown of snow-white hair.

"Big Fucking Quincy," I say and can't keep the smile off my face.

"Sheriff Quincy now," he grabs my hand in his and shakes it vigorously.

He's put on a belly and he looks kind of ridiculous in the white police uniform with the silver-braided collar and shoulder boards. All the same, it's Quincy.

"You run this shithole?"

He frowns and then laughs.

"Two years now," he walks me out of earshot of his subordinates.

"Shit, I thought you were running for mayor or something in&what was it?"

"Corpus," he shakes his head. "Texas wasn't for me, buddy. The other two candidates had double digit leads. People had a tin ear for anything but the war drums."

"Look where that got 'em," I console him. "Look where bailing out got you."

"I'm not mayor here, but yeah, this gig beats flying a desk for the Air Force. At least here I know who is going to be in charge from one week to the next."

"It looks like you run a tight outfit," I nod to the search proceedings underway in the holding area.

"They'll do," he hitches up his pants. "They're well-disciplined for what amounts to a battalion of babysitters for rich assholes."

"Anyway, what are you up to? Still running private security?"

"Yeah," I nod to the nearest of my three stooges. "I'm babysitting rich assholes."

"Sorry you can't be well-armed," he commiserates, "but we'll make sure they stay out of trouble."

I doubt it. I can tell from the chatter that the searches are wrapping up.

"It's been good seeing you, Quincy," I stick my hand out and he shakes it.

"If you're every looking for a job, I'll always have one for you."

He gives me his card, calls it a "get out of jail free card". If I wind up in jail in a place like Aspen I have a feeling it's not going to be for a misdemeanor. I doubt his card is going to save my skin in that case.

I rejoin the group as it prepares to leave the airport.

"He saved my life once."