The library is dark, its windows covered with plywood. It was one of the first things to be shut down when Canton took office. The library system had been on the chopping block for a couple years, lots of claims that taxpayer dollars were buying prurient material for children. Say it enough times on TV and I guess it becomes a movement. Then there was that undercover video of a 20-year-old plant, playing 15, asking for and receiving a graphic book about anal sex. Six weeks later Alexandria was burning. Or at least being sold off at a police auction downstate while some scabs covered the windows in plywood.

So Canton's goons from Lewis are using the building as one of their secret muster points. Looks like flag storage to me, with a shitload of flag stands and drooping stars and stripes, along with a pile of bunting and helium tanks for balloons. At least the trappings of America will survive the blast.

There's a table laid out for us piled high with pro-union and anti-Canton paraphernalia. Me and Eduardo put on AFSCME t-shirts and wear the red scarves bandit-style over our noses and mouths.

While we're gearing up with the bullshit I get a better look at the narco gangers. 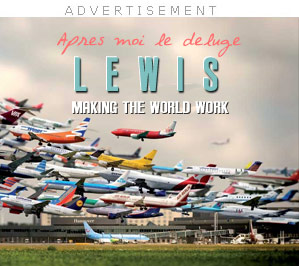 I can tell by their tattoos they belong to Los Aguila, a Southern Mexican cartel with ties to Colombia. Small outfit, but wildly rough, like a little dog compensating for its size with extreme aggression. With the shit hitting the fan everywhere the cartels are hiring out their killers to gabachos like Sullivan as a means to extend their influence in the USA. A bunch of killers sent to El Norte are likely to be the cream of the crop. Dangerous and hopefully smart.

A short half-Indian, maybe drinking age, looks at me like I'm talking in riddles. The big cholo next to him takes off a pair of wraparound shades and gives me a smile that shows off his silver teeth.

"This plan is going to get you and me and everyone in here killed. I'm just saying. Walking away would be a good idea."

"Don't fucking tell us what to do, bitch," the man next to me shoves me and lifts his shirt to show he's still packing a real gun. "We're getting paid and papered, so ain't no way you're scaring us off."

"He's right," says Eduardo. "Those guys in polo shirts don't give a shit about you or me or him. When the shooting starts they aren't going to be looking for red bandanas."

"Drop it," says one of the Aguilas, a clean-cut kid wearing a Fuck Canton t-shirt over a soccer jersey. "We heard the same bullshit you did, but maybe we got different reasons."

"Yeah, drop it, bitch," repeats the man next to me.

I try to talk some sense into the Arabs, but they just stare at me and say nothing. They aren't donning the red scarves and they aren't wearing any protester gear. The only concession to the mission is they have tucked their SMGs into these identical brown messenger bags they're all carrying.

"Don't get yourselves killed for them," I say, ending my pitch to the Arabs. "Canton fucked over Dearborn with the mosque business, fucked over the jobs there with the taxes with Ford, and he hates Arabs, so I don't know why you're working for him."

"They paid double for Muslims," one of them finally speaks.

Of course they did.