The door isn't locked. Eduardo drops in to break up the wrestling match. He says O'Keefe is handing out van assignments, which means nothing to me, but I get dressed and wish Karyn all the best next year at Notre Dame.

Down in the guts of the Capitol, in the maintenance tunnels, there's a pump room working overtime to process all that Power Bar sewage. The pump room is where O'Keefe and Woolsy are handing out the van assignments to all the hired guns. Which we missed. 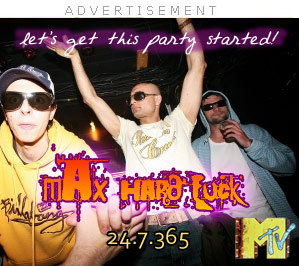 "You're late," grumbles Sullivan, the ex-mil cat-wrangler in charge of this operation. He's dressed up in his best Centcom costume, pants bloused into boots, ramrod straight with a .45 in a shoulder holster. Me and Eduardo are obviously still on his bad side. "Go stand over there with the danger team."

Looks like we just pulled misfit detail. About half the hired guns have been pushed into the danger team, basically like that part in Animal House when they send the new pledges into the loser room.

Me and Eduardo are stuck in with a few Arabs strapped up and carrying weird Laotian SMGs and a bunch of Latino narco gangers that look like they were born in a triple max and bottle fed HGH and ground glass. Everybody else has been divided into three "van teams." Sullivan steps up beside Woolsy and O'Keefe and explains what it all means.

"Each van team will take the tunnels to the address you are given," says Sullivan. "At the end of the tunnel you will find your team's van containing a high-powered rifle, a GPS, and a two-way radio with a frequency preset. You are to get into the position pre-marked on your GPS and set up a sniper's nest. When you receive instructions from me via the radio you are to take the shot and wound the governor. Arm or leg, not center mass."

Word has already circulated about the objective so there isn't a lot of surprise.

"Danger team," Sullivan turns his stony gaze to us. "You will follow the main exit tunnel to the old library. There's a supply station there. I want you to dress up like rioters and disperse into the crowd. Groups of two or three. If you were not issued blanks previously you will be issued blanks. You will also be given red scarves or bandanas. Be absolutely sure you wear these items somewhere on your upper body. This will signal to the Lewis teams that you are working with them. Otherwise, they may open fire on you."

Great. Shooting blanks in a free fire zone. If we don't get picked off by the Lewis Pinkertons we'll probably get our beans popped by angry rioters. A chatter of unhappy Spanish suggests the narco gangers are none too pleased about our objective. The Arabs don't say anything.

"Once the shooting starts you will foot-exfil south. Rally point is the parking lot of this Wendy's," Sullivan points to a red circle on a map torn from a road atlas. Guess the smart table wasn't portable. "Do not engage Lewis peacekeepers directly or you will be treated as a hostile. Do not talk to anyone from the press. Do we have any questions?"

I raise my hand.

"What is it?" Sullivan growls.

"Yeah, do we get a lunch per diem for Wendy's?"