I give Eduardo an out. I tell him he can do his thing and I'll leave him alone or he can just walk away and nobody will ever know, but I gotta do this for my conscience. Eduardo claps me on the shoulder and tells me he's in it for the long haul. Good man. One of the few in the business I feel like I can trust.

Now keep in mind, I got no particular fondness for expense-account Maoists, college stoners, and union types. They all strike me as whiners. Times are tough and crying about it isn't going to do any good, but neither is putting a boot on their throat and pressing. I sure as hell ain't going to participate in USA civvies being slaughtered because Lewis did a focus group and carnage tested well.

Downtown, in the mix, a tidal push-and-pull mosh pit of anger. Word has spread throughout the protesters that Governor Canton is going to speak. That he's signing the layoff order and intends to gloat about it. You can hear the rage in their voices as they scream and beat improvised drums. It's that sort of animal anger that comes when the powerless are getting kicked. These people aren't anarchists, not most of them, they're just a bunch of pissed off teachers and garbage men and fire fighters and kids.

Not that things are entirely peaceful. The fires have started up again, and as me and Eduardo push through the crowd looking for a good vantage point to pick out likely sniper sites we can hear the burst and whoosh of Molotov cocktails striking storefronts and cars. There's an element to the crowd, of people sick of taking it on their backs, of kids with no prospects who researched how to fight riot police, masses of punks and the dispossessed, just looking to lash out at somebody. It's an ugliness easy to focus the cameras on, and there are cameras everywhere.

"Where do you think Woolsy and O'Keefe are right now?" Eduardo asks.

"Probably watching us on TV," I shout and point above us to one of the news helicopters buzzing over the crowd. 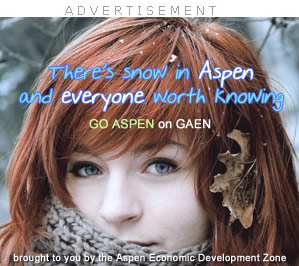 First sniper nest is obvious. Clock tower overlooking the Capitol square. I huff and puff my way up the stairs while Eduardo checks out a cell tower snuggled in between a couple abandoned brick apartments. I kick in the door and catch the van team in the act of setting up; counter recoil tripod and a black giant of an anti-material rifle. Some sort of electronic scope that sees in the fifth dimension or something.

The trigger-pullers are none too happy at my intrusion, but I remembered to keep a pistol tucked away and these yahoos just have their giant boom-maker. I have to do a little convincing with the grip of pistol to an eyebrow or two, start the red red kroovy flowing, but after I put a 300 pound murder machine on his ass on the floor the four other trigger pullers on the van team let me quick cuff them.

I pop out the bolt of the rifle and toss it over the side of the clock tower. Take the heavy box of ammo and the two-way radio.

Unfortunately, the GPS only displays this team's location. Fortunately, Eduardo manages to turn up team two. They're shacked up on top of an Old Navy. Not a tall building, so I wouldn't have picked it out, but Eduardo actually sees them from street level. Mississippi Tar Coon and the fatso from Kansas are in that bunch and Eduardo talks them into mutiny. Scuffle ensues, quick-cuffs are used, and long story short the next time I see Eduardo pushing through the sea of angry protesters he has a black eye and a split lip, but he's smiling.

The radio I snagged from the clock tower crackles to life.

"Here he comes, team one," says Sullivan over the radio. "Shoot on my mark."

"Copy that," I say back and then turn to Eduardo, "We gotta find team three, now."

Governor Canton takes the stage to a chorus of wild jeering from the crowd. The Capitol lawn where the stage is standing is being shielded from the protesters by a double line of Lewis security in full riot gear. I can see the fruit and rocks arcing over their heads and landing short of the stage.

"What about that building?" Eduardo points to an old apartment building topped with a water tank. Something else catches my eye. A five-story parking structure and on top a white van with black-tinted windows.

"Check out the apartment," I say, "I'm checking the garage."

Canton is talking about austerity as my aching legs propel me up the stairs of the parking garage. It's swarmed with protesters looking for a good angle and I can see the crowd down below, pushing and pulling, trying to break through the cordon and storm the stage.