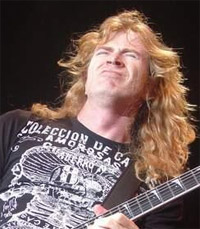 What's up, shred heads? You may have heard some buzzings and twitterings on the web about who I have endorsed for President. Fuck bootleg. It's only right you get the info straight from the source.

Man, I tell you, some days I can barely pick up my nine-string Echocaster Mustaine Special with double frets and brutalize the Holy Wars solo so hard it cooks up my breakfast eggs with the heat I am putting off. You know why? You want to know why?

This guy...unbelievable. When he's not apologizing to Saddam Hussein's ghost coming out of a dream corridor with blowing curtains he is defunding Gitmo, letting Jihadists run amok in our schools instead of the Bible, that thing with guns and fiscally...uugggghhhhh....don't get me started. It's worse than Lars Ulrich with his ...And Justice For All advance burning a hole in his pocket at the Faberge store.

So, as long as there is a Republican instead of a secularist Kenyan anti-colonialist socialist Saul Alinskyian in the White House that is a big frigging improvement. It's not about race either so don't try to pull that on me, Fishbone. I would elect Yaphet Kotto if he supported prayer in daycares, return of Battle of the Bands to the summer Olympics and fiscal sanity that isn't balanced on the backs of our troops.

Now, this Republican Primary thing is pretty great. Been watching it on Van Susteren (got to get my Greta) and Hannity every night, seen some real great people come and go, definitely miss out on Herman Cain and Rick Perry. Great guys. But now it's down to just four and I am reminded of the Book of Revelation. The remaining candidates are the Horsemen of the Apocalypse, only these four are riding to stop the apocalypse and they are the horsemen of Fiscal Discipline, Christian Values, Liberty and Lincoln-Douglas Style Debates. And they are all ride upon a pale horse. 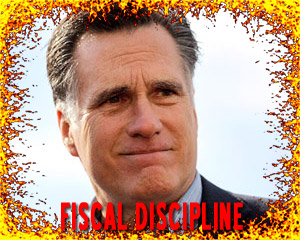 America sure needs a great businessman President. To restore the honor of business to the Presidency (Obama never even ran a lemonade stand) and focus on private sectors such as tank factories and stores that make t-shirt decals featuring skulls. I think Mitt Romney has a lot going for him. He is super rich. He looks like a President. He has a big family, which is important.

Down sides: Does not rock at all. I have never once seen him reading a copy of Thrasher, Shred Skull or Lightning Licks. NO concert DVDS on bus. Also, what is the deal with this Mormon stuff? We've all had our battles with the Satanic power of chemicals, man, but, like, drink a Tab, dude. I don't know if I can trust a President who can't even crack an ice cold Tab cola or the cola of his choice and enjoy a caffeinated beverage. The best way to fight the demon of addiction is to test it constantly and keep your resistances strong. Jesus knows this. It's why I regularly buy scag just to set fire to it in the grill on my porch. 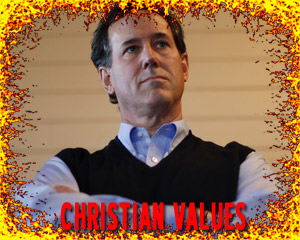 Prayerfulness is an important attribute in any President. Do you have any idea how long it took the Obamas to find a church when they moved to Washington D.C.? I don't know, I'm genuinely asking, because Fox & Friends had a counter on their show every day to count how long he'd been in Washington without finding a church and then I guess I forgot about it. Point is, metal barons, this dude will not need to find a church, he will consecrate the White House and make it a church. Because there is nowhere in the constitution where it says prayer can't be in government. This is a fallacy. It's freedom FOR religion, not from it. Also he has a good family too. Which is very important to me.

Down sides: I bet he's terrible at video games. Like he sits down at his kid's PS3 and the last thing he played was a Nintendo and he dies immediately playing Call of Duty and then is like, "Well what about that Ninja Turtle one? Do you kids still play that?" I also bet he owns really bad Christian metal albums like Worshipcide and Praiser.