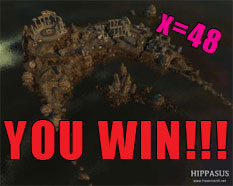 Now what about the nice ladies and gentlemen on the internet who pay $60 for their game and, well, I hate to think such a thing, simply aren't that intelligent? I know there are at least three dumb people who use the internet, so this fabled minority does in fact exist somewhere.

Julian Spillane: If you can do grade nine arithmetic, you can play this game.

I realized something interesting when I did a search for "grade nine arithmetic": first off, I can't correctly spell "arithmetic" without the use of several spellcheckers and a fully grown adult wearing a cape and one of those square hats you get for paying $100,000 so you can leave college. Secondly, I realized nobody seriously enjoys doing math, it's just a necessary evil to ensure we receive the correct change from Taco Bell. Last of all, I realized ninth grade math is pretty lame.

4. Last basketball season Ricky made 58% of the free throws he attempted. In the first game this season, Ricky went to the free-throw line 10 times. About how many free throws did Ricky make if his success rate from last season continued?

Who the hell is Ricky and why are we teaching ninth graders statistics regarding him and his free throw probabilities? Are we preparing our students for a future of professional sports handicapping? More importantly, what team does Ricky play for and why haven't they traded him? If that guy's shooting 58%, you'd better hope to hell he's at least eight feet tall and pisses dollar bills. Ricky, if you are reading this, I want you to know I hate you and vow to destroy you for corrupting ninth graders throughout the glorious US of A.

Anyway, I sat down and "crunched the numbers" (math term) on this problem and determined that, out of the 10 free throws Ricky shot, he made exactly 5.8 of them. Ricky has moved on from "destroying the elderly of tomorrow" and is now completely decimating the rules of basketball by magically scoring 5.8 points in a game. Perhaps the ball split into fifths on one of his shots, and a fifth flew out of his hands and into the excited crowd. One might say such an unimaginable and unfathomable idea could only be possible by using "math" or also "heroin" I guess. My mind will literally explode if anybody besides Ricky purchases this game. 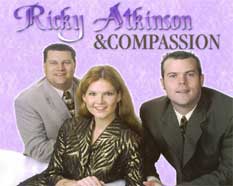 Ricky, you son of a bitch.At this point, you're probably thinking to yourself, "man, this is one stupid idea for an educational game." However, you'd be wrong! You clearly were not using math in your thought process. Spillane takes great offense to describing his game as an "educational game," possibly because the only use educational games have is when you take the pieces of them and shove them down somebody else's pants. Project Hippasus contains even less uses than that, which is what sets these dynamic genres apart.

Julian Spillane: I've actually stricken the phrase "educational gaming" from our vocabulary, because it is generally considered evil in my opinion. We are a game that is fun first and foremost, and at the end of the day you might accidentally learn something, because you know what: I'm a gamer, I'm a generally intelligent guy, and I don't want someone to say, "2+2 is what? Now you can cast a spell!" We want people to be in a sandbox environment where they can just play.

I don't want to spoiler the game for you guys, but according to this interview, the first spell is called "4" and here's the TOP SECRET math equation for it:

Casting that spell causes the number four to appear above your enemy and shoot a pistol into their face. More complex spells include "9+8=17," which makes you fly, and the unbelievable "x=5318008," which gives you incredibly large tits (when you're upside-down).

So what will prevent all us grown adults from being completely decimated by ninth grade students, who are naturally more familiar with the game's material than you, I, or Ricky? The developers certainly have no idea.

Shack: So how are you going to keep an MIT student from just completely dominating the game and making it painful for everybody else to play?

Julian Spillane: We actually have that question a lot, which is interesting, and it's something I was only half expecting.

Gregory Brill: We don't all agree on this.

In short: the guys making the game have no idea how the game will work. This is a very popular way of conducting business in the modern world. Ford often hires engineers to design cars, and when they ask the engineer how the car will actually drive, the guy will shrug his shoulders and mutter, "I don't know, wires or something? An engine? I'm not sure. Ask Ricky." Then Ricky will show up and unveil a car with 5.8 wheels.

Project: Hippasus looks to be another exciting and intriguing entry into the already highly exciting and intriguing world of math-based online role playing games. Developers Spillane and Brill have promised an exciting foray into the ancient Greek world of mathematical ninth grade wizards, and as far as I can tell, they have absolutely no intention of failure. In fact, some professional analysts estimate their chance of success might be as high as 58%!