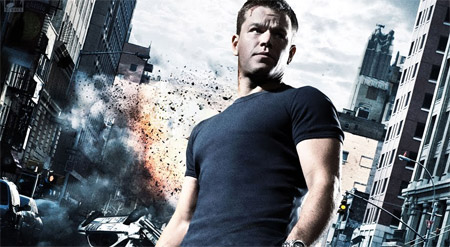 We will all get together and watch George's favorite movie (Bourne Ultimatum) and talk about the making of and DVD shorts including the Planning the Punches featurette. We will NOT be listening to the commentary track, so if you want to hear that I suggest you record the audio and listen to it on one ear bud while we watch the movie and if something SUPER interesting is said you could play it on your ipod's weird little speaker so everyone can hear. After we will discuss moves George could have done to stop Trayvon from frenzying on his head on the sidewalk. 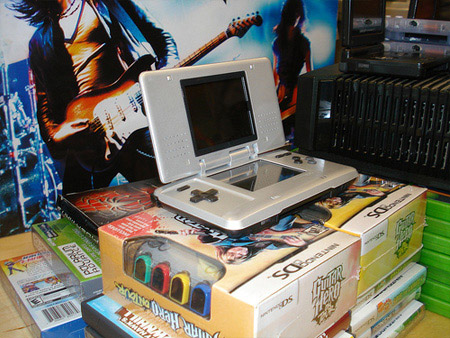 Get Well Gamers has pledged to donate 140 DS XLs and 60 copies of Lego Rock Band instrument bundles to George Zimmerman to keep his spirits up as George undergoes the most difficult time in his life. If you have old games, peripherals or would just like to donate money we will be raising additional funds through Get Well Gamers to have a statue of George Zimmerman added to Wasteland 2 and a character named Freegeorge Zimmermannow added to an untitled Double Fine adventure game. Plus tix to Pax East when he is released from jail.

George is struggling to stay on his diet so George is requesting HEALTHY SNACKS ONLY like yogurt dippers, veggie sticks, hummus, whole wheat pitas, turkey and sugar free Vitamin Water. If you send George candy or cookies these will be thrown in the garbage so don't even bother.

George Zimmerman was a mentor to the blacks and other minority kids. One thing he liked to do was open up their creative side with poetry. Because of hate speech from Al Sharpton no blacks will be participating so we ask you to bring your most ethnic family members and friends for an improvised poetry jam followed by a performance of HIM by e.e. cummings and adapted for children. 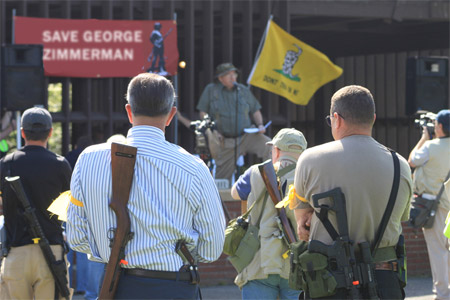 We will be holding a peaceful "Neighborhood March" on April 20th from 8:00 AM to 8:00 PM starting at the place where George was brutally attacked, winding past Trayvon's father's apartment, heading to the police department and ending up outside the Fade Master barbershop right next to Mama Lou's Southern BBQ. You are asked to bring your concealed carry weapon for solidarity purposes. We do not expect any problems with this peaceful protest, but we must be vigilant at all times.

At the end of the march we will all be made official members of George's neighborhood watch, inducted by George's father speaking to us in silhouette viewed through a shower curtain. George's father will be available at the Cracker Barrel following the event to sign autographs and give out George Zimmerman stickers to the kids.

"The arc of the moral universe is long, but it bends towards justice"

Thank you and god bless. As always, George and his family are accepting your prayers (a firm, polite 'no thank you' to muslims).

Zack Parsons is out there working tirelessly for George Zimmerna's defense, but he also wrote a science fiction novel called Liminal States. You should find out more if you're interested.