Based on this next fellow’s email, I would guess that he frequents a certain website centered around posting dozens of links each day to random “wacky” news stories, then watching hundreds of intellectually stunted children swarm around each link while half-heartedly spewing a mixture of cliché jokes, horribly predictable puns and painfully overused quotes from the Simpsons. It’s just a hunch I have.

I’m fairly sure that this guy is a Farker, just because “You owe me X minutes of my life back” is one of the wonderful stock jokes that Farkers use to complain when they don’t enjoy the hyperlink being spoonfed to them. On the clever scale it ranks up there with “Worst. Link. Ever.”, calling Lowtax “Blowtax” and calling me....well, actually, I don’t know what they’d call me. Probably something like Gaylor “Psyblowsis” Smell.

And finally, we have a guy who thinks that South Korea and North Korea are actually two separate countries! Ha! Those crazy commies will believe anything. 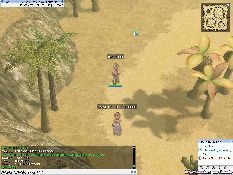 The jig is up!Wait a minute, this sounds familiar...an article on SA is posted that makes a joke about a particular group, and some moron takes offense at it and starts bitching about oppression, bigotry and being unfairly maligned and misportrayed. But wait, no one could be THAT oversensitive and irrational. No one except.......oh dear god, I think this man is a furry.

So, what have I learned after being e-assaulted by flame mails so brutal that the zeroes and ones physically manifested themselves out of my ethernet card, formed a big boxing glove and punched me in the eye? Well, I’ve learned that I apparently enjoy performing lots of graphic sex acts whose descriptions don’t make any sense but sound really funny when you say them out loud. I’ve learned that while a good insult gets you angry at the insulter, a Farker insult only causes feelings of disappointment and pity. I've learned that no matter how shitty a game is, some people out there will get addicted to it and fight to the death to defend their precious game if anybody says anything bad about it. I’ve learned that I sound “as if sphincter is churning out diamonds by the dozen”, which probably isn’t a good thing to sound like. I’m guessing it sounds like a guy yelling “I’m rich, but boy does my ass hurt!” Most importantly, I have learned how important it is to be prepared at all times. Because you never know just where you’ll be.....WHEN RAGNAROKKERS ATTACK!