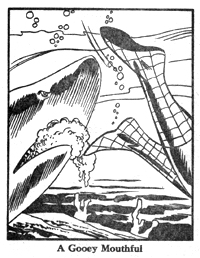 Spider-Man made sticky in the shark's mouth. He is love way with animals, probably because he's part spider. The shark has angry eyes. I think Spider-Man did the rape. 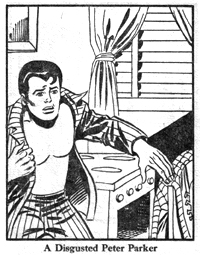 Peter is disgusted because he did the rape. But he will get away with it because the shark can't talk, especially with sticky in its mouth. Even if it could, people would believe Spider-Man's story and think the shark was lying. The shark will have revenge on people. He will do rape to them, and also eat them, because of Spider-Man. 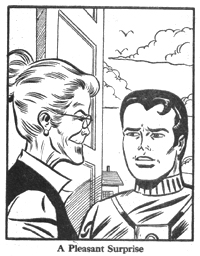 This is an elderly. It is a "pleasant surprise" for Peter, because these people are rare. I have only seen these in books, too. I wonder what elderly smell like. 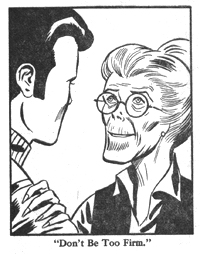 The elderly wants love way with Peter. She does not want him to be "too firm," because he is super strong and her bones are tired. He could hug her and make her dust. 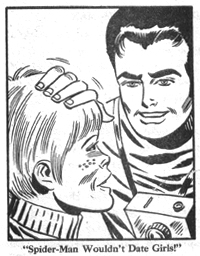 This is caveman boy in now times, like there have been a lot of versions of caveman boy from dinosaur days until now. Caveman boy is Lava Girl, and he talked to Shark Boy and found out about the rape. He knows that Spider-Man wouldn't date girls because he only likes love way with creatures, like goats, sharks and elderly.