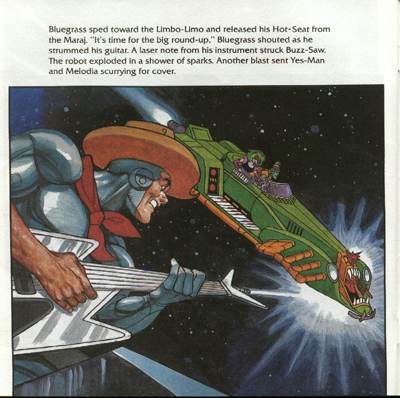 Bluegrass demonstrates his value to the team by playing a few notes on his guitar of death, shooting down the car owned by Yes-Man and Melodia. He's actually one of the more useful members of the Silverhawks, as he has an uncanny ability to catch his enemies offguard and destroy them. When he appears on the scene, the bad guys begin laughing their asses off and trying to figure out why the hell a homosexual cowboy is playing a guitar in space. The Silverhawks then sweep in and start disabling their cars / spaceships. While the rest of the team congratulates Bluegrass on his contributions to the Silverhawks, and he plays a crucial role in each battle, it's a fairly safe bet that he cries himself to sleep every single night. 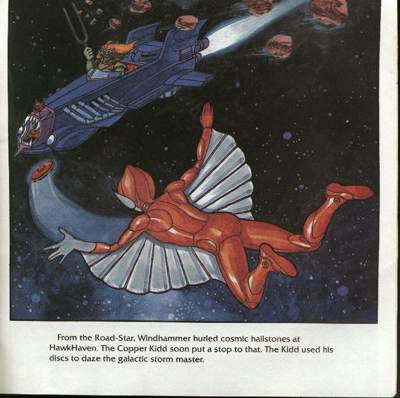 The Copper Kid, who took a break from doing math and mashing Latin buttons on a keyboard, shows up and throws a red hubcap at Windhammer, who's enraged because he just found out there's no wind in space and his powers are completely worthless. Note that nobody shares his car with him, because they're all afraid of catching the "suckiness" virus from him.