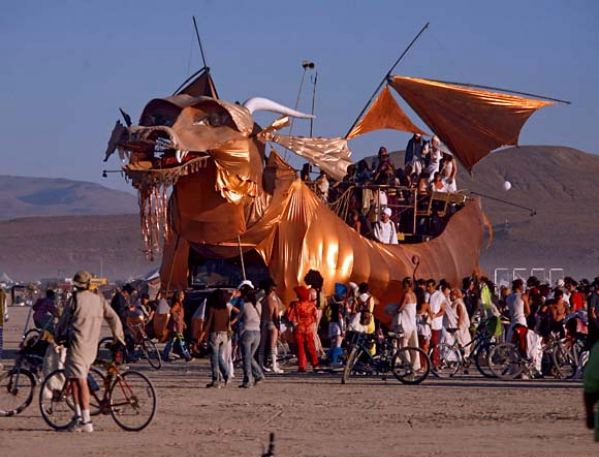 "Reinventing recycling," the innovative Garbg service turned heads at the Austin green tech conference in 2012, but little has been heard from the startup since. Their eponymous product was intended to allow crowd-sourced waste processing in which a picture taken into a garbage bag would be analyzed Mechanical Turk style to determine what was in the bag and the contents would then be offered up for bidding. So if someone in Atlanta wanted tampon wrappers and someone in Idaho wanted used tissues, Garbg would allow them to bid on other's trash.

Garbg received an unexpected push at Burning Man from Dr. Dre, who owns a stake in the company. The mogul was there to promote the app aboard the giant sheet-metal dragon where people were supposed to hug instead of talking. Garbg received $11 million from a Russian oil billionaire's venture capital firm, Sglusvsk.