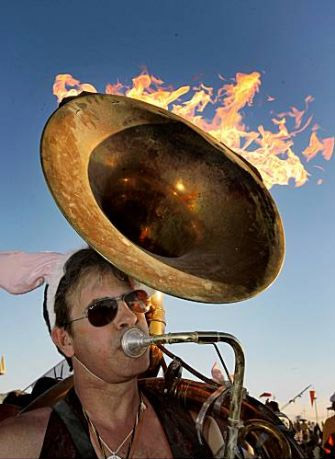 This startup's hot paleo diet app for babies buzzed bloggers at TechCrunch in 2013, but has stumbled out of the gate, supposedly pouring almost $30 million in angel investment into a database for edible roots and a 200-person social media outreach department. [ewe]TOOPIA 's auteur CEO Rocket Singh decided to blast off for Burning Man to woo second round investors to help keep his company liquid.

"We have a digital cookbook shipping free. It's already animated. We have tumblr support," said Singh from inside a giant blueberry playing EDM at 200 decibels. "If [Senior Project Manager] Eurocum says we will be ready to launch in 2016, then we will be ready."

It is believed he secured another $20 million from Deutsches Waffen Bank.