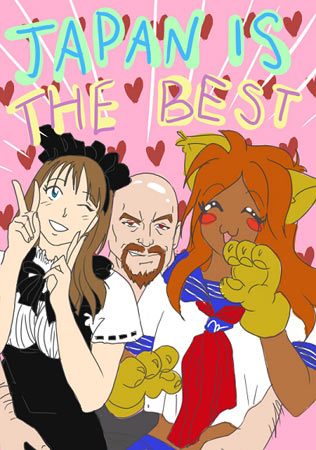 PYF Asian girlfriend or waifu - Even when there's a curtain mostly covering the scene, just seeing skirts drop to the ground can really reach down and touch you deep inside.

A Humorous Vignette About Lying Through Two-Hundred Dollar Meals. - Spiny Norman's story reminds me of the time I had a $200 meal at the Bellagio. The first course was cold nacho cheese soup in a tea cup followed by a very nice and very expensive tater tot with a delicious gooey center.

my first blind date. - This wouldn't be the first time I shat my way out of a sticky situation.

The "No craigslist 'missed connections' are about me no matter how hard I try" thread - If for a second you think or thought this was a realpost congratulations on a complete waste of $10 because you will not make the grade here, son.

A single sheet of paper - Peter Callesen does stuff with paper that will blow your mind. I have already commissioned from him a project using one gigantic Zig Zag.

Recreate history with bad photoshops - Budding photoshoppers this is the thread for you.

"Moonrise": a sci-fi epic by BrickRedTruth, age 13ish - "A young soldier picked it up, examined it for a moment, and recognized what it was a moment before the grenade detonated, killing all of the nearby soldiers and shattering the three jeeps."

Hitler pictures you have never seen. - Ok you've seen these pics before but this is still pretty cool since you've never seen Hitler's dot his name with a heart and leave lipstick prints on one of his publicity glossies. 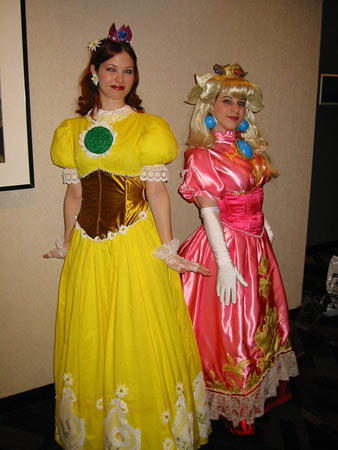 World of Warcraft players are considering bringing about a class action lawsuit against the federal government, on the grounds that daylight savings gives players in certain timezones an unfair advantage.

Super Smash Bros. Brawl - North American Release Thread - This little known game looks like it might turn out to be a sleeper hit.

What was that game called again? - Hearing about all these old games seems cool, until you realize that if the game was any good in the first place then you would have remembered its name.

Have a dreamcast? Want a novelty email from sega?! Then come on in!!!! - Phase one of SEGA's brilliant plan to re-enter the console hardware market has now been set into motion...

How Break Man got his groove back: Let's Play Megaman 3! - I'm going to decree Magnet Man's stage music as the best NES song, deal with it.

YCS gets its very own D&D game! - This thread has been featured before, but a lot has happened since (plus it was the only YCS thread on the first three pages that wasn't about Smash Bros).