Monday, Mar 03, 2008 by Jon "@fart" Hendren (@fart)
~*~ The Firing Range ~*~
Reppin': Miso Beno
Have you ever been polishing your extensive gat collection, then stopped to longingly look at your keyboard and wish you could discuss cleaning your guns with somebody? Who hasn't? That's what I want to know. 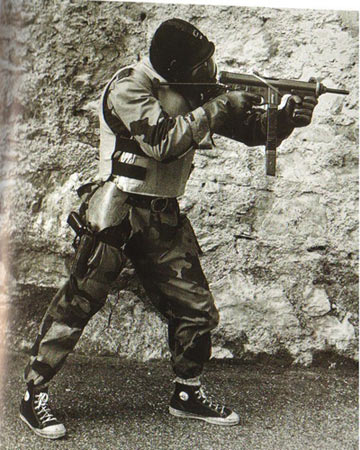 TFR Bacon Station - Ever have a craving for Pork seared with gun powder? Curious about how The Firing Range views General Bullshit? Why look no further than the TFR Bacon station! Here we have everything your heart could desire from in depth analysis of diner meals to lubricating your firearms with animal tallow.

GSG-5 Now Range trips will be Fun and Inexpensive - Sexellent purchased the new and totally tacticool GSG-5 with all of its Tactiawesome accessories.

I need help writing a letter to the editor - so I can appear like a gun toting nutbag at my college.

Is this 7.62x39 going to blow off my face? - NO AKS ARE THE MOST RELIABLE GUNS IN THE WORLD AND NEVER HAVE ANY SORT OF FAILURES. IF YOUR AK BLOWS UP IT MUST BE BECAUSE YOU ARE A CAPITALIST AND WILLED YOUR GUN TO BLOW UP IN YOUR HANDS BECAUSE YOU CAPITALIST PIG DOGS HATE THE BEST GUN EVER PRODUCED BY LENIN BLESSED VIRGINS.

$1000, SHTF, what rifle? - Just in case you were too lazy to navigate on over to AR15.Com, Drwitchdoctor started up one of their threads over here.

Introducing my children to firearms - This is why we invented the Red Ryder BB Carbine.

Hearing Protection - Hearing is one of those pesky senses that many of us neglect to protect but probably should.

Survival Pack? Do you keep one in your car, or do you live on the wild side! - We came to the thread for the survivalist hysteria, we stayed for the latex condom fire starters.

Help Design My Movie's Superhero! DammitJanet is a film student making a short superhero film and needs help designing the costume. Or, well, did need help but that is all finished now. Check out the thread anyway for some quick and cheap advice on how to make your own costume.

ATOMIC ROBO and the League of Action Scientists! Goon Hyperactive (of 8-bit Theater fame) has his own actual factual comic book! Check it out and discuss it here. Its pretty cool and if you like comics in the vein of Hellboy you'll enjoy Atomic Robo.

Justice League: New Frontier The Darwyn Cooke comic "The New Frontier" has been adapted into a direct to DVD cartoon movie. Discussion of it goes HERE!

Mark Millar and JRjr's Kick-Ass: Does it, in fact, kick ass? This thread has a confusing first post made by yours truly. I'm sorry but the whole thing was altered after the fact when it turned out the guy posting the thread was a jackass just trying to win some free crap in an internet contest. ANYWAY, the thread is actually about the new comic KICK-ASS by Mark Millar (Civil War, Red Son, Wanted) and John Romita Jr (waaaay too many comics to list) and is the story of an ordinary young man who decides that he wants to be a superhero.

Funny Panel of the Week
thanks Breetai 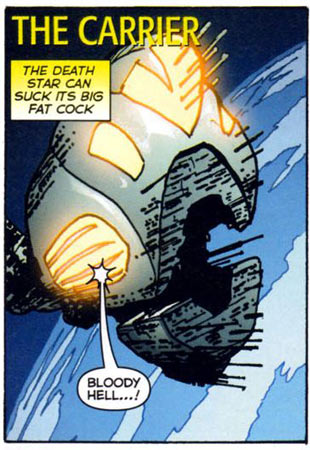