The creeps come out of TVIV What are they being creepy about? That weird show Kid Nation that EPG burned in a recent front page update. How creepy?
"Sophia looks like a little Jodie Foster"
"Sophie is totally going to be stripping five years from now."
"(If anyone could make me an avatar-sized animated image of Sophia dancing, I would be forever grateful.)"
"Is is really wrong that I heart Michael? He'd be legal in Sweden."

TobleroneTriangular is the gold standard of fucking insane TT is crazy! SUPER CRAZY! This:

makes sense to him. What? Also, one of his posts in this thread is 5000 words long. That's not a typo.

Email of the Day (09-27-07) On September 27th new forums user I Rant purchased an account, avatar and off-site banner ad totally altogether $44.90. Less than 12 hours later he has two gassed threads and one threatening letter to Lowtax saying he will be initiating a charge back. Great fucking job jackass. I'm sure everyone will want to read your blog at... haha not gonna say.

This thread is about Kuuenbu. He lives with his mother. 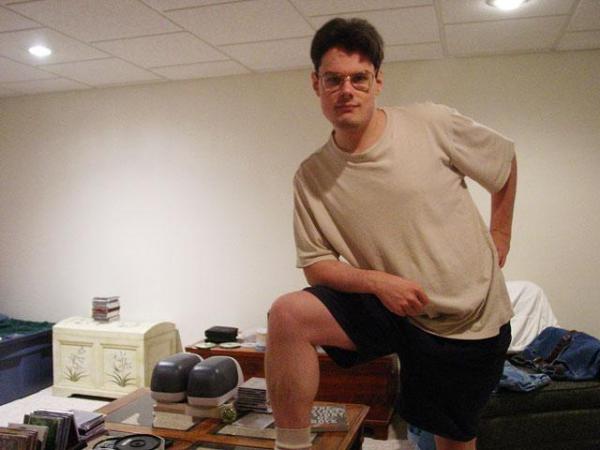 'nuff said True Believers.
http://apollo.nonexiste.net/kuuenbu.mp3 No wait, this is really funny too.

ICSA XXII - Wake up! It is time to vote - The voting thread for the latest Iron Chef Something Awful. This time was Battle Coffee. Good work, Kiteless!

Vodka martini? Fuck you! Let's talk about gin. - Totally the thread for beefeating your boodles while you Tanqueray in Bombay.

Kitchen Nightmares on Fox - Not nearly as good as the original, we know. Kvetch about it here.

Let's talk about gear. - Talk about knives and aprons and unitaskers and garlic presses. But seriously, you don't need a garlic press.