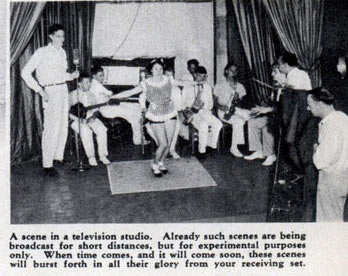 Golden Globe Nominations: Get mad at what 75 foreign critics think is good - How dare an awards show nobody cares about leave out The Office/Battlestar Galactica/It's Always Sunny in Philadelphia/Hugh Laurie/David Duchovny. How DARE they.

The Office - "The Deposition" at 9 / Strike Hiatus Thread - First it was "Ryan was actually not on the phone with the CEO in the season finale," now it's "I think Phyllis had sex with Dwight." What is with you people?

Dear Aaron Sorkin, - PainBreak still can't deal with the fact that a shitty show got cancelled, so he wrote a bunch of words about it.

Over narration? - Michael Bluth had set up a meeting with Cal Cullen, owner of one of the largest parcels of land in Orange County. Scandalmakers was a show that reenacted headline-grabbing stories. The latest was about the Bluth family, the rights of which had been signed away by Tobias, in exchange for the part of George, Sr. Due to poor acting, the burden of the story was placed on the narrator. He was actually found in a hole near the house, but this inattention to detail was typical of the laziness the show's narrator was known for. Real shoddy narrating. Just pure crap. As it turns out, she had gotten up early and had taken pain medication because of a hangover-related headache. However, she mistook the "drowsy eye" alcohol warning for a "winking-eye" alcohol suggestion. Fortunately, she had the good sense not to drive herself to the meeting. Unfortunately, this was after a failed attempt to do so. Michael realized that it might be time to deal with his mother's apparent problem. One year earlier the family had tried an intervention. And although the intervention didn't work... it turned into one of the Bluth family's better parties. G.O.B. had performed a magic act at an earlier spring break to get exposure on the best-selling video series "Girls With Low Self-Esteem." There were seven flubs, and after the show, he signed a release. In fact, Mr. Attell was portraying Tobias' actual "never-nude" affliction. But this perplexed the Scandalmakers audience, due to the unfocused nature of the narrator's explanation. Unbeknownst to Lindsay, Maeby was a fairly prominent member of the media as she had secretly conned her way into a job as a film executive. And so Michael set out to convince his mother that she needed help. Actually, it wasn't even her medication. But it wouldn't turn out to be a great trip at all. As Michael's mother was being held against her will, George, Sr. was about to be confronted with a similar problem. Notice it wasn't something the narrator said. Meanwhile, at the banana stand, Maeby was hoping to find some witty banter with which to authenticate her feature film. Nearby, Phillip Litt was making his latest video. Nearby, Lindsay's own father failed to notice her, as he was being taken to a local motel where he refused Kitty's sexual advances. George, Sr. was abandoned, and longed for Lucille. And Buster felt the same way. Restless, Buster went to the kitchen to find something to help him sleep, when he came across Lucille's emergency stash of wine, which he mistook for a giant juice box. It was the first taste of alcohol Buster had since he was nursing. And Michael, his mother no longer a threat, met again with Cal Cullen. Sugarfoot had been off the air 12 years before Michael was born. Michael's dad had just been kidnapped... and then he received a call that his brother had been found drunk. And so Michael went back to see his mom. And so Lucille was able to meet with Kitty at Señor Tadpole's. Kitty was right. Ten years earlier, George, Sr. was taking an experimental hair growth drug. Fearing damage to his fertility, he froze a specimen of his reproductive material in case he ever wanted another child. Soon, news came out that the drug, although somewhat successful, wreaked havoc on the central nervous system. And Michael met up with G.O.B. to try and find their father. Lucille, minutes out of rehab, was engaging in a drinking contest at the behest of her son. While right outside the bar... This continued for some time, while Michael switched out the coolers. And George Michael caught up with Maeby, determined to save her self-esteem. Maeby was referring to the dialogue, but George Michael had just rediscovered his feelings for his cousin. And so George, Sr. was free and Michael and G.O.B. absconded with the evidence. And G.O.B. had finally overcome his own low self-esteem. But he lost it along with the exonerating evidence. And that's how you narrate a story. (Thanks the-op.com)