27) The platform is way more important than the critic.
(from Mof Glimmers): "You're a walking billboard. You're empty advertising space."
I used to refer to myself as a blank canvas, a chameleon, a cipher. 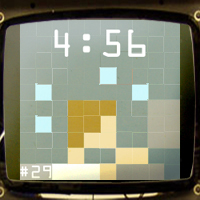 29) Your editor will always value your ability to time-keep way over your ability to wield flowery prose.
This was the single most re-Tweeted line when I originally posted this series on Twitter. I had no idea I had so many editors following me. So why aren't they commissioning me?

30) It's nice that folk want to send you free stuff, isn't it? Get over it RIGHT NOW.
See also #4 above. Has it ever occurred to you that the free stuff might not be the most interesting?

31) A 10-minute rehash of the press release on the telephone does not constitute an interview.
Above all else: preparation. Research. Background knowledge. Or ... failing all that, get trashed on your mum's secret Jagermeister stash and spend the 10 minutes insulting the musician in question. And then make the whole thing up anyway. Seriously, who the fuck is going to care?

32) Not all quiet bands sound like Young Marble Giants.
Advice for hipsters mainly.

33) Not all noisy bands sound like Sonic Youth.
Advice for wannabe hipsters mainly. It's become as gauche these days to namedrop Sonic Youth as it is to admit to a passing fondness for The Beatles.

35) Having the ability to use a keyboard does not automatically make you a writer. See also #6.
Ah, for fuck's sake. How many times do I have to say this? Everyone is NOT a critic - unless you're also of the opinion that if you've ever bashed a table-top a few times, sung along to Bono in the shower or blown down one of those cute little nose-tickler things that come in Christmas stockings, you're a musician; and if you've ever drawn a line across a piece of paper, you're an artist; or if you've ever taken a drunken out-of-focus snap of your mates covered in vomit, you're a photographer. It's true, technically. True, but a completely pointless and useless way to define the words in any sort of social or cultural or professional context. 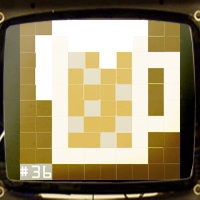 36) Do not mistake alcoholic intoxication for a good night out.
(from Mof Glimmers): "If you're reviewing, don't get drunk. Music wants to intoxicate you in the same way a lecherous old man wants to get you hammered so he can try and get in your knickers."

38) It's not a career choice. Trust me.
Heard about the music critic who lived happily ever after? Me neither.

Thanks to Ian @ Fused Muse for coming up with a brilliant response to the impossible "make graphics for this list article" assignment!