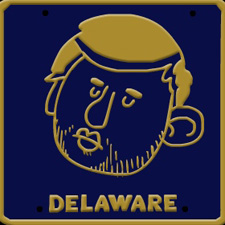 God damn, though. It was a great fucking marketing ploy. I honestly don't know why Sufjan hasn't been scooped up by Sony or someone to pull some viral marketing shit for them. Let's just break this down. Some quiet, mumbly singer-songwriter comes out and says "Hey, guys, I'm gonna write fifty albums, one for each state!" That's got you kind of listening, especially if you're someone who likes eccentricity. Then, he releases two albums, both about Midwestern states, emphasizing the whole quaintness thing pretty hard. That really appeals to you if you're the kind of person who is easily tricked into thinking writing about boring shit makes you eccentric. So now you're in. And then, for the next five years, the closest you get is an EP named after an expressway in New York City.

But now, Sufjan's back! And he's completely abandoned this whole states thing. That shit's on the back burner. What does that tell you? It tells you this is a whole new, revitalized Sufjan. He's finished with that tired gimmick - now he's got something to say. And say it he might! 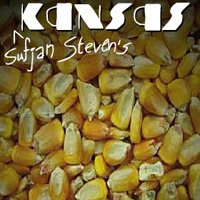 The really big thing about The Age of Adz is that it isn't the simultaneously melodramatic and milquetoast Sufjan Stevens you're probably used to hearing. Instead, it is, honest to god, a guy taking adventures musically, willing to risk quite a lot on a hook that doesn't really work, or a sample that maybe shouldn't last as long as it does. But he tries, and he tries pretty goddamn well. He pulls an MGMT, but he pulls it off. It's a complete departure, something his fans might not be expecting, but rather than doing this as some sort of artistic expression, he sheds that whole facade. I don't mean to say Sufjan isn't an artist - far be it for me to make that distinction - but rather than aiming for some hackneyed goal, he actually seems to open up. He sheds the bullshit for something he'd rather do.

I can't judge whether Sufjan's being more honest with his music, but when he trades in the grayness of his previous albums for the dark tone that permeates this one, his music seems, oddly enough, more definite. This might seem backward - one might assume that working within the albums-about-states framework would lend a sense of direction to the music. But it's tough to get blood from a stone, even if that stone is Mt. Rushmore. 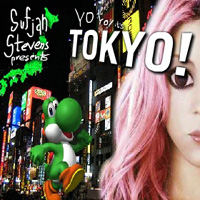 In the end, it doesn't really matter whether Sufjan's repeated, seemingly out-of-character coda "I'm not fucking around" (from "I Want to Be Well") is a grab for attention or legitimate expression - what matters is whether it does grab our attention and feels legitimate. But maybe he is fucking around: It's possible this is all marketing, too. This breaking away could be as calculated as the hype for the states albums, a sort of planned spontaneity. That doesn't erase the fact that it's a better-made record, one that feels more like a cohesive whole than any of the patched-together concept albums he's put out recently.

There's going to be some inevitable backlash against the guy for "abandoning" his 50-states project. If you were gullible enough to believe it'd ever actually get done, you're probably also entitled enough to feel some sort of resentment for never getting to hear Virgin, Ya!, the magnum opus that would seamlessly bring together Sufjan's religious ties and his states project.

It's a two-sided sword. On the one hand, people are writing about Sufjan Stevens again, and publicity is always nice, even if it's "That dude kinda lied to us!" On the other, the specter of the state albums is going to hang over everything he does from now on. It still dominates interviews, despite being the oldest of old news.

And maybe that's karma for you - bank on a cheap gimmick, and it's going to overshadow the rest of your career, even if what you're doing is freer, more expressive, and all-around better than what he probably would've been doing with albums 37 (New Hampshire: Live, Freak, or Die!) and 38 (a collection of Flo-Rida covers). Sure, the fans cheering for those albums might be schmucks for doing so, but that's what happens when you market to schmucks. So, I hope those guys stick around, needling Sufjan Stevens to make more state albums, and I hope Sufjan keeps pushing himself further and further artistically, in an attempt to get people to talk about other things. It's an incredibly satisfying prospect, both musically and sadistically.

Thanks to Shmorky for putting together these illustrations and also for granting Tokyo statehood!