In Defense of Gringo Star 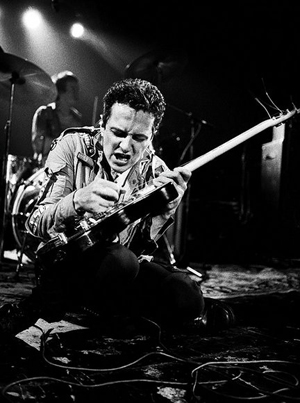 Joe Strummer proved that no matter how punk-as-fuck you are in your twenties, it's your duty as an over-40 dad to start getting into world music. There was at least a 25% chance he was going to be found dead in a Volvo SUV listening to Salif Keita.

Technically, in the broad definition, Dad Rock is Boomer Rock: Beatles/Stones/Kinks/Zep/Floyd. But this hardly scans for contemporary audiences when you consider Dad Rock for kids being born today. I just checked my friends' Facebook profiles to confirm this, and many of the representative bands are Nine Inch Nails, Ministry, Metallica, Nirvana, Soundgarden, The Pixies and NOFX. Thus you have the bizarre categorical inversion where young bands like Gringo Star are slapped with the label because their music echoes sounds from 40 years ago, while a band like The Clash will never have it applied to them, despite the fact that their eponymous debut has existed in music libraries for 33 years. To muddy the waters further, anybody who bought The Clash at age 25 is now 58, so not only does it technically qualify as granddad rock, but also the initial audience for an album as old as Jesus has probably spent the past couple decades finding him.

As any kind of cultural measuring stick, Dad Rock is an empty, lazy term. But what about the specifics of the review? As said, Pitchfork Dude was disappointed that the album started out sounding one way and then kept sounding like that. I don't understand the complaint. I like reedy Ray Davies vocals, jangly burlesque-house piano and songs that chug along with blues guitar plugged into a wah pedal. But even if other people don't, a lot of them find it pretty ideal to put in an album and have a band sound a way that they like and then keep sounding like that. When they start a Smiths album, the great thing about it is that it will keep sounding like a Smiths album for another 40 minutes.

This condition applies equally well to punk music, yet interestingly punk -- with its stripped-down sound and pretensions to unpretension as well as anti-establishment cachet -- tends to spare it from the perfectly deserving counter-criticism that it tends to sound an awful lot like itself on a full album and a fuckton like a lot of other bands. You could go nuts trying to catalogue all the bands that sound like The Ramones, who most people think have four songs: "Blitzkrieg Bop," "I Wanna Be Sedated," "Rock and Roll High School," and the 250 other ones that all sound like a Ramones song. This isn't a knock on them, either. The Ramones rule, but they hit a sweet spot and hit it again and again and again, and part of what makes that fun is that it's reliable. You know what else does this? Beer. Nobody ever complained that after 20 years they haven't changed the recipe on a favorite beer.

The second point made by Pitchfork Dude doesn't really work, either: Namely, that you've heard Ray Davies before, and Ray Davies was way better than this, so this is kinda bad by comparison. Why not just listen to a Kinks album? It's a fair opinion on a subjective fan basis, but as an "objective" argument it's sort of nonsensical. Ray Davies took four albums to really sound like "Ray Davies," and depending on whether you want to include singles-only tracks, about six albums before he really started penning observational classics. At worst, this thinking renders the first five albums crappy curiosities and at best perfectly suitable for purchase only if you were alive when they were released and didn't know they would become meaningless after later, better albums rendered them so. 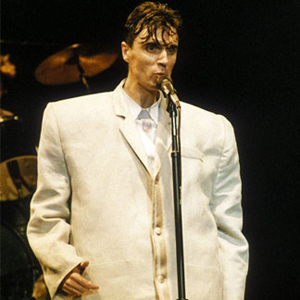 Despite writing plenty of classic-rock-style tunes, David Byrne recognized the transcendent value of being alienatingly distant and weird (see the Aspergian-titled More Songs About Buildings and Food) and periodically unintelligible.

Applied to other acts, this kind of reasoning disqualifies the need for any Beatles album pre-Sgt. Pepper or, arguably, pre-Rubber Soul or pre-Help! Why bother with the older stuff when it isn't as good? Elliot Smith was Nick Drake. Joe Strummer, David Byrne and Paul Simon are like everyone else's Boomer dad in that, during the 1980s, they stumbled upon Southern Hemisphere music that black acts were themselves importing in the 1970s. The Cars were already an unnecessary re-tread in 1980. The fax machine is just a waffle iron with a phone attached.

In fact, this is one of those strange arguments that it seems people only aggressively make when discussing music. Alien was just Jaws in space, but nobody gives a fuck, because Alien is cool. Nobody seems to care that you can draw a line from Updike to Dreiser to Lewis to James to Trollope to Dickens (or, say, Shakespeare to Virgil), and in fact there's hardly any shame in writing like your heroes. Telling the same stories with the same authorial scope but with updated idiom is a proud literary tradition. It works even when taken to the opposite extremes: In the 1990s, Thomas Pynchon wrote a book in the style of Daniel DeFoe, Laurence Sterne and Henry Fielding.

It seems as if niggling points about an album being tonally one-note or failing to measure up to someone widely considered one of the greatest lyricists in rock provide a kind of thin veneer of reason for generalized contempt of Dad Rock. You don't need logically consistent arguments for something's shortcomings if your audience will already presume that it's wanting. The reader does the critical heavy-lifting for you.

Why that contempt is there is harder to get at. In part, it might be a neat quid pro quo for Dad Contempt for music with only one guitar, or music that can't be played without someone taking a laptop on stage. (Full disclosure: I cannot help but laugh whenever I see a band where one member only plays the MacBook. I mean, even if they get up there and obviously are going to harmonize and slap a tambourine, I want to ask them for their AIM handle so I can IM them in the middle of the show and let them know how it's going back in the audience.) The universal paradigm for dad disdain is, "Any idiot can play that," which unfortunately frequently manifests as "Where are the goddamn SOLOS?"

A backlash against that seems perfectly normal, especially when the initial punk backlash of Johnny Rotten wearing an "I Hate Pink Floyd" shirt carried with it an anti-establishmentarian, anti-elite and anti-corporatized message. But DIY sound has been co-opted by the big record companies for 20+ years now, so much of the conceptual legitimacy for hating on Pink Floyd and embracing someone whose recordings sound like mud is long gone.