Holy Fuck puts on one of the most intense live shows around, all crackling noise and thumping beats and energy. But people know this, so this set will be prohibitively packed. However, Holy Fuck ends a string of standout groups, including the previously mentioned First Aid Kit and Salem plus the also-good jj. So even though it's antithetical to the South by Southwest experience of walking from venue to venue and seeing at least a dozen groups per night, you might just want to camp out here the whole evening and enjoy the lineup, starting -- wait, this is where The xx plays at 1, not to mention GZA at midnight. Really, if you're not already in line when you're reading this, you're probably fucked. 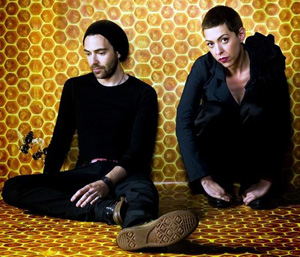 The Montreal duo Beast plays trip-hop, a genre you haven't heard mentioned in present tense for some time. It's not the chilly, cosmopolitan variety, but the grim, dystopian sort, like Tricky or Massive Attack at their most malevolent. Chanteuse (and I only use that term when it's absolutely warranted) Betty Bonifassi not only has the perfect trip-hop delivery, but also she was the singing voice for the Triplets of Belleville, which is probably the coolest thing I learned during this project. And with songs like "Satan" and "Devil," their subject matter really falls right into my comfort zone.

Pictureplane is a house DJ from Denver. This is not exotic, but at this point it becomes exotic for its non-exoticness.

11 p.m. Celebrity roulette! With Dirty Little Rabbits, you can watch Slipknot's Shawn "Clown" Crahan drum unmasked while some Iowan singer does a horrible Nina Hagen impersonation, or you can see two Dixie Chicks (not included: the Dixie Chick everyone actually recognizes) perform under the name Court Yard Hounds. Get close to your heroes! 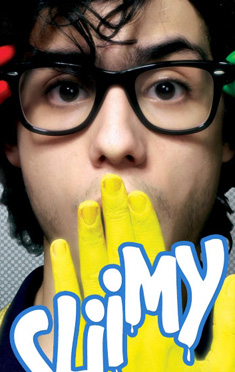 Sliimy from France has cultivated a Nickelodeon game-show aesthetic, which apparently makes him the target of widespread ridicule: "When we see him moulding play dough whilst wearing multi coloured clothes, it seems more natural to make fun of him than to take him seriously. It's sad but true that today it's often considered cool to look down on someone who chooses to be so individual and expressive than to praise them." Poor Sliimy. If it makes you feel better, you're here not because of your love of bright colors and child's clay, but because doing preciously earnest acoustic covers of Britney Spears songs got old back in 1999.

I would almost like to be at She Wants Revenge at 11:20, just so I could go around interviewing everyone and asking them "why the fuck are you here?" Then maybe I could direct them to The Chapman Family (11:15), which also borrows heavily from Joy Division, except they're actually English, and they're really fucking amazing. 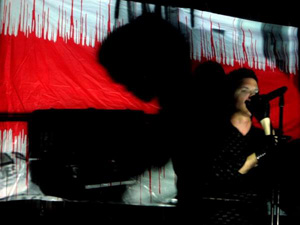 Houston's //TENSE// creates hard-pulsing electronic music, like Heaven 17, or Front 242, or some other name/number combination randomly generated by a cold unfeeling robot. 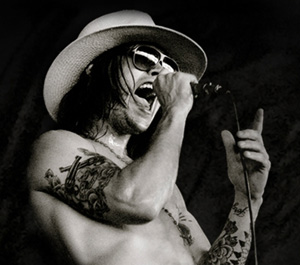 You can't go tragically wrong with any midnight offerings, unless you barge in on Jonathan Tyler & The Northern Lights, in which case you'll endure Blueshammering tools who think "Gypsy Women" is a great 2010 song topic.

1 a.m. Black Dynamite Sound Orchestra! Use kung fu when you want to, have sex when you please.

Phantogram intriguingly combines the urban and the rural, the electronic and the organic, the chased-by-cops urgency and the lost-in-forest panic.

Seabear (from Iceland) plays gorgeous, peaceful indie-folk with tasteful keys and horns, the perfect lullaby to end your night, except... 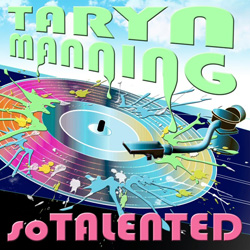 At 1:30, you can end your wretched odyssey by spending time with V-list celebrity DJ Taryn Manning. Who could resist being in the presence of Maxim's #59 on the Hot 100? (2003 edition.) As she lip-synched in Nickelback's "Rockstar" video, "gonna wind up there."