Miles Kurosky wants you to know he was in Beulah. Now, there are erstwhile members of Dinosaur Jr., Dead Boys, Circle Jerks, Cornershop and many, many other groups represented at SXSW, but Kurosky is the only one billed as ex-Formerband. So all you Beulah fans, he's here and he's still making Beulah-like songs, just putting that out there.

Mountain Man is not this guy, but is instead an all-female harmonizing folk trio from Vermont. The group MEN (10) is also female-fronted. In a twist on Internet expectations, that which claims to be "male" at SXSW is often the opposite.

Old-guy story: Back when I was a kid and I'd hear Chuck D and KRS-One name-drop Chesimard and Theodosius, I would have to look up those names in an encyclopedia, and if they weren't there, I'd go around asking townspeople, Shenmue-style. By contrast, the literary, historical and political references New Orlearns rapper Truth Universal makes are easily Google-verified. But the rewards of soulful, strident political hip-hop remain undiminished.

Somewhat unfortunately, the Salem performing is not the blackened death metal band from Israel. However, this Salem (from Michigan) still rules, in a chopped-and-screwed remix of a random '80s movie love theme kind of way. 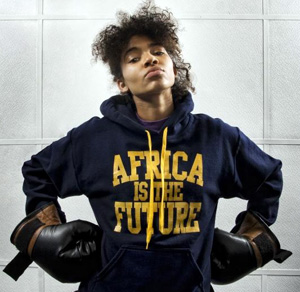 Somi provides the rare opportunity to hear jazzy, subtly smooth female vocals over an Afro-beat backdrop. You might never get this chance again! Well, until Nigerian R&B singer Nneka at 9:30. But after that, there's really nothing!

Nive Nielsen (9:20) introduces herself as "a real eskimo from Greenland." She plays folk songs on a red ukulele. They're great.

Brazilian crooner Vander Lee (9:15) makes the most incredibly relaxing music I've heard in forever. I can't understand his lyrics, but that has never really bothered me before when listening to songs with titles like "Slottet i det fjerne."

uvi.lov (Mexico) writes glitchy, xylophony soothing tunes, whereas Drunkdriver (NY) plays loud, abrasive noise punk with chaotic, screamed vocals. This is the fork in the road where you choose what kind of night you want to have. 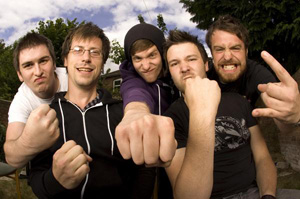 9 p.m. Failsafe hails from Preston, UK, England, and their primary purpose is demonstrating that bands whose photos look like this sound exactly the same, regardless of their continent of origin.

In fact, with all the actual U.K. acts in the area, it seems rather ludicrous to accept a fake British accent from a guy from Provo, Utah. (Neon Trees, 9:45.) Another embarrassment: The group's hilarious excuse for "viral version" video: "Check out this video where the band plays in the desert, then gets in their tour van! Have you ever seen anything like it? I've gotta forward it to everyone I know." Judging by the views, this is a conversation that has never happened. 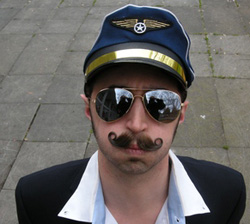 Then there's Vancouver's Josh Martinez (above). He's passable when rhyming over guitar loops, less so when playing pouty rock singer, but ask yourself: Could I be doing something better right now than watching this man rap?

Aerosmith/Stone Temple Pilots would be a dream bill for the type of people who would go see STP at an international music festival. Instead, they'll have to settle for TAB the Band, starring Joe Perry's homely offspring.

Kate Miller-Hedke's "Are You Fucking Kidding Me? (Facebook song)" promises to elicit the night's most annoying crowd responses; it'll be like a dramatic interpretation of a horrible e-mail forward. For a complete collection of social-networking novelty tunes that shouldn't exist, be sure to watch Mistah F.A.B. (12) perform "Hit Me on Twitter."

All Tiny Creatures plays minimalist instrumentals, which might be a welcome palette cleanser for people who are starting to feel overwhelmed; maybe they still want to hear music, but as little music as possible. All Tiny Creatures contains a member of Collections of Colonies of Bees, and they're playing the same venue at which CoCoB played a couple hours earlier, so anyone who spaced out during that set might wake up now, see the same face on stage and have a completely unrealistic understanding of how much time has passed.

People who really miss Sleater-Kinney might dig Explode into Colors, another all-female rock trio with ties to Olympia, Washington that's signed to Kill Rock Stars. They don't sound especially alike, but at this point of the night, having heard so much music, you can probably kind of squint your ears and enhance the resemblance if you'd like. 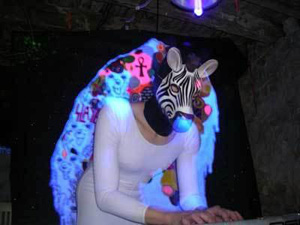 Back to the "8-bit dance" well again for Baltimore's Adventure, who mixes the blips and bloops with jungle beats. Video-game music enthusiasts, don't let the names mislead you; you'll enjoy this more than Le Castle Vania (1). 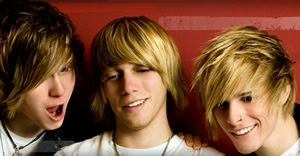 10 p.m. Choices! There's Ben Rector, an easy-listening schmuck from Nashville who could be the next John Mayer/Jason Mraz-style plague carrier. Or Stereo Skyline, a neon-colored wimp-pop outfit that boasts the absolute worst song I heard out of the hundreds I sampled for this article. Or LidoLido, who's like Justin Bieber, except he's from Norway, and he raps instead of sings, and he seems to have no fans.

Seeing She and Him at 10 is perfectly acceptable, unless you're planning to pay homage to Zooey Deschanel's unbearable 500 Days of Summer character by following this up with the aptly obnoxious The Summer Set at 11:20.