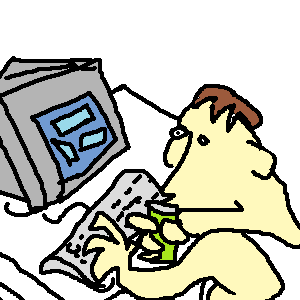 Also, I think Nintendo is being pretty damn selfish this generation, they are selling the Wii for profit, when the other 2 are not. Nintendo could EASILY handle selling the Wii at 200 or even 150, but they wont.

Nintendo is profiting off of everything, FANTASTIC FOR THEM. Shitty for the end-user and consumer. Youre acting like Nintendo doesnt do ANYTHING but make and sell Wiis.
They have the GBA and DSs amazing sales to fall back on, they could fully fund the fucking Mars missions and be economically fine.

Nintendo makes, what, $300 million per quarter? Their yearly profits are about equal to NASAs budget.

I am planning on getting a piece done roughly 4x7 inches of my favorite videogame characters and was hoping for some help on the design of the piece. So I immediately thought to myself that SA would be the best place to get design ideas.
The characters I am getting are:
1. Cloud Strife (Final Fantasy VII)
2. Samus (Metroid)
3. Megaman
4. Link
5. Sonic the Hedgehog
6. Little Mac (Mike Tyson's Punchout)
7. Mario (Preferably with the raccoon suit from SMB3)
8. Ryu (Street Fighter)
The only guideline or prerequisite I really have is that Cloud Strife be the center of the piece. Go nuts, any offers will be entertained, after I get it done I will post pictures of the actual tatt.
Thanks.

Not a screenshot, and not defending fanfiction, but let's get this out of the fucking way, right here, right now.
Zero Suit Samus has 3 of Shiek's normal moves. These are clearly visible in the videos. There is neither conclusive evidence to support Shiek's removal from Brawl, nor is there conclusive evidence to support his inclusion. As the first two Smash Brothers games demonstrated, HAL Laboratory is not above duplicating movesets, in whole or in part, on different characters, and they are also not above inconsistencies over character updates (Chansey over Blissey in Melee, lack of Prime/Fusion Samus in Brawl as of yet, etc).
Don't quote this and say that ZSS doesn't have the fucking moves. You're an idiot if you do.
Don't quote this and say that Sakurai told Miyamoto that EGM posted an interview on NeoGaf that SmashBoards' lead admin and the shithead who started drama about translating Mother 3 who has connections in Nintendo Europe and Sony Computer Entertainment overheard that Keiji Inafune was inserting X character into the game and your only evidence is on the No Mutants Allowed boards. You'd be no better than GameFAQs kiddies who poll each other about which Final Fantasy Emo character should be the star of the next Smash Brothers game.
The last time there was a "debate" about this, the only way we could get anybody to stop was to destroy the tables with an image of Wario farting anytime anybody mentioned ZSS in their post. It's a shame somebody has to point this out, but the whole Shiek/ZSS situation is a walking time bomb.

I play 6-8-10 hours a day (namely because its summer) but I spend more nights out with my friends (who I also spend most of those hours talking to on vent (only 1 plays)) or with my girlfriend than I do raiding. Like has been said before, I don't have anything else to do during the day and maybe a few nights throughout the week. I wouldn't say I'm addicted, just have an assload of freetime.