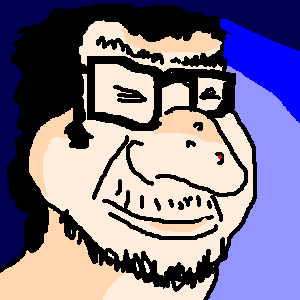 DragonForce becomes the biggest band in the world and power metal saturates the airwaves and popular culture much akin to the early '90s grunge invasion. Middle-aged and thirtysomething housewives become the genre's fastest growing demographic, and the industry is quick to capitalize on it. Europe continues to shovel out traditionalistic clone bands, while the Americans see how many different genres and forms of subject matter they can infuse the power metal sound with to try and evade the "lol D&D" stereotype. Hippies become the primary group to jump on the budding American power metal train and combine the genre with new age, embracing classy machismo in an attempt to get the world to take them seriously again.
With the success of shows like DethKlok: Metalocalypse, facets of the metal underground become burned within the mainstream conciousness and pop culture, giving standups and sketchwriters and teen movies and sitcoms a wealth of untapped (and then quickly overtapped) material to work with. The mass exposure of black metal and its hilarious goings-on cause radical groups of all sorts to form their own BM bands.
The mass influx of females within the audience result in a budding Girl Power Metal movement, originated by the equivalent of a gender-flipped Manowar and eventually devolving into Spice Girls with superfast guitars and double bass. Eventually, other females within the scene form their own bands in every other genre of metal, with death and black metal becoming a haven for militiant feminists to express themselves, while hardcore and grindcore become the voice of desperate housewives and alpha moms everywhere.
Ronnie James Dio runs for office and succeeds in landing a nice seat at the House of Representatives.
In the vein of post-black metal and "black 'n' roll"/"norsecore", more and more members of the underground metal community become openly rebellious against its attitudes and start forming bands with lyrics bashing metal machismo and elitism and celebrating contradictory values, often adding in elements of pop and alternative rock and sometimes even embracing overly preppy fashion, while still retaining a heavy metal sound, most of them ripping off Dark Age's The Silent Republic. People in power and goth metal circles continue to embrace new age/world music elements and eventually form a post-metal genre completely eschewing the original ideologies of metal, focusing heavily on spirituality and family values. This prompts many of the traditionalist bands to become even more extreme in their music, lyrics and image.
As power metal's popularity continues to grow, it eventually reaches a kind of popularity seen with glam rock in the '80s, with power ballads becoming #1 hits and many bands within the genre displaying a tight compatibility with the Top 40 adult contemporary format. Others become the voice of liberal activism and social change, becoming youth icons similar to the Woodstock bands of the '60s. The face of metal at this point has heavily changed, and the genre is no longer looked upon as a niche. These developments spark many underground metalheads to turn extremely violent, with movement after movement to "preserve the dark purity of Metal!", reaching critical mass when a group of preppie kids are knived to death at a DragonForce concert. Death and black metal fans offcially declare war on power metal and everything they deem "False Metal" (e.g. everything popular and/or "gay"), eventually forming massive squabbles within their own circles over who's more Metal than who, and the debacle spirals into mass international rivalries that make the gangsta rap wars and Scandinavian black metal dramas look tame in comparison, with constant news footage of metalheads killing metalheads and metal bands trashing other metal bands beamed on the nightly news to unstoppable ratings. Every major political issue takes second stage in the public eye to the edge-of-your-seat Metal Wars, and the world goes from thinking "Hey, this metal thing ain't so bad!" to realizing why they were so apprehensive about it in the first place.
Well, normally they would be, except by this time it's already too late. Century Media has become the largest corporation on Earth, swallowing up almost every conglomerate you can think of and digging its metal claws into every aspect of society, from getting its employees hot seats in the government, to invading the walls and curriculum of schools, raising tommorow's children into loyal metal warriors. And all the while, the Pitchfork community does everything it can to fight back. Soon metal and indie music and culture spread across the globe, with the same scenester bickerings dominating almost every facet of domestic and world politics, eventually resulting in a third World War that takes millions of lives and reduces the civilized world to a scarred mess.
Luckily, the wars finally come to an end when Ronnie James Dio is elected President of the United States, and everlasting world peace is acheived.