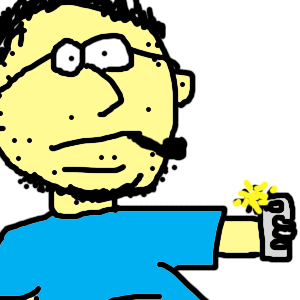 Cool a nightmare thread
"Zombies are my biggest irrational fear. If I think about zombies before I go to bed, I dont sleep. If we had a zombie attack I would kill myself."
"Really? I fear the idea but I embrace the idea of social collapse"
"Worst recent dream was a zombie attack. Zombie movies scare the shit out of me"
"Mine is a zombie one two, but really involved."
"Yeah, zombies that sprint are the scariest nightmares I have."
"I've had quite a few disturbing zombie dreams."
"Zombies. That could run. Unfortunately, this was a really weird nightmare."

Okay, so short notice and all.
I need someone with a Punisher t-shirt, you know, black t-shirt with white skull on it.
I'm shooting a feature film here, in L.A, near USC, my eighth feature, it's a comic book movie. Mainly Marvel based although I've used a few DC characters for shits and giggles. It's about the She-H*lk, and we've also had Sp*derman, C*ptain *merica, *ron M*n, The H*lk, you get the idea.
Asterix, asterix.
We're 70% shot and the film is terrific - contains a lot of good performances, humor, drama, and comicbookness.
Tonight, monday the 11th, I'm shooting scenes with Blade, and I was supposed to also shoot with The Punisher.
Crappy situation. The actor playing The Punisher didn't actually own a Punisher shirt and was planning to buy one for this purpose. He hasn't been able to find one. We need one.
I could use a few extra people around to be vampires that Blade can beat up. If anyone has a Punisher t-shirt and could bring it to the shoot, you would save my ass here. I'd be very grateful. I have alcohol.
I think I'm going to attempt to make one maybe. Or reschedule and not be dumb.

I couldn't give a shit what GBS thinks of Second Life, as far as I'm concerned after Petey's thread, the less of you to shit up our place the better. I'm just offering the other POV, but threadshitters like you who probably downloaded Second Life, searched for sex sims and based your whole opinion on experiencing that 0.1% of the game can't see things like that.
But yeah, at least I can see the pros and cons. For me I can create things which I randomly think up, for others its putting to use their scripting and modelling skills. But of course everyone is really having virtual sex with poseballs 24/7

Not all furries are fursuiters. I'd have to say that only two of my furry friends are actually fursuiters. Since I'm a furry and spend much of my time enveloped in furry subculture (when I'm not posting on random forums), I'd like to think this would speak volumes. Although it probably won't, considering how much your average goon loves to jump on the furry hate bandwagon.
Don't get me wrong, the overly-defensive furries amuse me, too. And this particular musical is hilarious, even though it makes me ashamed of my country for producing it. I don't think it does a good job of showing what the fandom really is, but since when did a musical ever do that?
Also, I'd like to point out that not all furries are gay, and there are a number of women in the fandom. Admitedly, most furries seem to be overweight gay men, but, honestly, the vast majority of any Internet subculture will be overweight and male.
I am one of the furries who identifies with a certain type of animal, and I like to pretend the vast majority of furs are like me. I'm not otherkin; I don't believe I am a fox trapped in the body of a human. And I'm not a fursuiter, because that's just stupid. I also don't have sex with other furries! Because most of the furries I know are good friends and the ones who hit on me are creepy.
(As a side note, one of my furry friends, "Sharky", has a fursona that is a shark... but when he visits furry cons, he cosplays as a hamster. Yeah. He confuses me. Please carry on with your general furry bashing. It's entertaining, really.