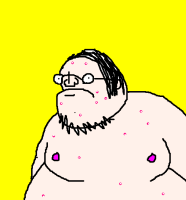 Ok, this isnt really something that i did but it did kill the mood. me and my girlfriend at the time were getting to "know" each other and i had been raiding with my old guild in WoW. I forgot to mute my sound and was still connected into our vent server and didnt have my headphones plugged in. our vent room emptied out prior to her coming over so i didnt think of it, but as we were getting it on all of a sudden two guys in my guild just started making gay sex noises and animal grunts. then one of them started playing some raffi. that almost killed the mood, but then she found out that it was my WoW guild who was doing that, and i had told her earlier i had quit playing WoW for her since she hated how much time it stole away from me. that pretty much killed it

Right after the first time my boyfriend and I had sex (ever, for both of us) he looks into my eyes and says "well... I don't see what all the fuss is about."
He gets it now though
And his WoW guild would tease him about leaving whenever he told them he was quitting to do something with me, and they'd say he was leaving to "make murloc noises". So one day he started making them during oral.

Girlfriend is licking/tickling my stomach with her tongue on the way down....
and on the spur of the moment say "One does not simply lick their way to mordor...."
We both ended up on the ground rofl-ing.

When I listen to pop like Cascada, I instantely have to puke.
I find myself analyzing the chord structure and cadence of most songs.
Take, for example, the newest Dinosaur Jr. record which I honestly wanted to like and the well received track "We're not alone". The parts usually have like three chords and the most basic cadence and everything repeats repeats repeats and it bores me to death. I can not stop focussing on that! Or Avril Lavigne. The title track "Best damn thing" is so terrible in every way. But the first thing I notice is that I have heard this chord progression roughly a gazillion times.
Then take, for example, the new Modest Mouse album. I enjoyed it very much and I can't quite clearly say why exactly. Probably because of the voice and lyrics and because there is so much shit going on I can listen to. The first one from Artic Monkeys. Not exactly prog rock, but many interesting harmonies and ideas instead of the same old powerchords. It's not high brow at all, but it is clever. I am absolutely in love with stuff like Mr.Bungle or BC Camplight.
Of course I would like to claim I have a distinguished taste in music because I play piano and know theory and jazz and stuff, but I know several people that are much better musicians and can easily enjoy music that doesn't really offer anything exciting for me.
Then again, I do think that people who listen to music mainly as background noise, enjoy harmonies they already know (for example Avril Lavigne) because it doesn't challenge their brain. I know this sounds really grumpy but this music only works with music videos for me. Otherwise its just too insultingly trivial and I become physically ill.
So what's your take on this? Have you noticed any scheme in your taste of music?

Ya know Japan pretty much produces the majority of animation out there in terms of sheer volume. So for those who havea true passion for animation you're pretty much are going to be watching mostly anime
As Far as US animation goes you can burn thru it relatively quickly and then be left waiting months and months for something to arise. I mean take the DCAU shows for example you're probably only going to get a month or so of watching them before you've essentialy seen them all. Not that US animation is inferior or anything, it's just that there isn't the same volume of material provided on a regular baisis. I certainly do hope that oneday the US studios can produce more quality animation on a more regular baisis, I mean America allready has a wealth of material in other media formats that would make excellent animated series and/or movies
The Japanese studios and American Licencers are on a fairly roundabout scheduel on providing new monthly releases. So you do get a decent ammount of worthy stuff on a consistant baisis. I've got around 460 something anime DVDs so I do have a good ammount of material in my library and none of it is porn