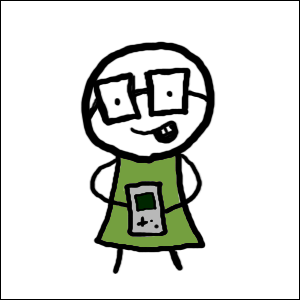 My friends and I always joke that METAL could take on all music and destroy it if the bands were to attack. Think about it. We have everything from Vikings to Wizards to just flat out bad asses!
Which METAL band do you think would cause the most chaos? Who would be the coolest looking? Who has the best weapons? Who has the best mode of transportation?
My vote goes to either to Immortal or Sabaton.
Seriously, a battle would be going on and some fucking Panzer Tanks would come out of fucking no where and Sabaton busts out some M-16s and starts taking your ass out. Just when you think you can retreat to the water a fucking submarine emerges and torpedoes your ass!
Immortal would approach their enemies and be so fucking grim that all they touch turns to ice. Soon the entire battlefield is a desolate ice desert and all enemies start to get frostbitten and die. All while Abbath just stands on a mountain peak!
This is just the tip of the ice berg!

All music has a message. Even if it's just silly stuff, it has a message in it. And the message that music carries is one the absolute most important aspects of it. Because of the theatricisms and accessibility of music, it has an intense and widespread power to reach people and shape their minds, their feelings, their lives and society as a whole. I believe music, as well as art as a whole, to be a world-changing force, and that we must understand this if we want to make the world a better place.
I knew music made strong emotional connections with people, and that good music helped people enjoy their lives more, but it was, oddly enough, the last band you'd think of that made me realize music's true potential for massive cultural and personal influence: DragonForce. I'm going to come right out and say the phrase that will certianly be quoted in infamous catchphrasism but I will always stand by it: DragonForce changed my life. I used to be a lot like most of SA, a jaded, cynical pessimist with a completely contemptful attitude toward the future and believing in nothing. That this thing called "hope" was just a big fat lie spoon-fed to me by my parents, by my teachers, by all the sheep-herding media conglomerates. Indeed, it was my rage, my utter hatred for the world and complete disillusionment with life that drew me deep into the extremities of the metal underground. Later on I got into Manowar, whom I fell in love with like most here did, out of sheer irony. Soon to follow was discovering power metal, a genre a become fond with as it echoed my love for Japanese RPGs, and then DragonForce, who quickly became my favorite band. As I spent the next two years listening to them constantly, I began to notice something. This music was changing my attitude towards life. No longer was I flailing armageddon disciple. When listening to DragonForce, I actually started to believe in myself again. I saw myself not spending the rest of my life drinking and fucking the pain of life away, but reaching out to people, spreading love and joy and fighting for everyhting good in the world. I realized this music was more than just a form of entertainment. This was a new voice of the youth.
For so long we've lived under the shadow of the grunge era. We've raised a nihilistic generation that doesn't give a shit and sees the world with callous eyes, rejecting faith, hope and love. To us, all these things are part of the commercial, imperialist machine that we reject. DragonForce, and power metal, have come to change all that. They know how we feel, the rage, the hatred, the pain and disillusionment. And they speak to us a message of light in darkness, of overcoming the struggles of the world with hopes for a brighter future. Metal is the language with which this message will reach out to the ones who have lost faith. The rage of hatred and domination becomes the fire of heroism. No longer are faith and dreams of love manufactured lies. In metal, everything beautiful is pure for those of us who know freedom to embrace once again. All these things we need more than ever in our current cultural and political climate, and that is why I believe power metal will be the new grunge, and that DragonForce will be the next Nirvana.
Also the Beatles were an infinitely better singles band than album band.