Wil Wheaton is a Success

Wil Wheaton: This Is Your Life 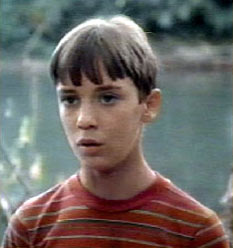 Wheaton in that Stand By Me movie with Steven King.I was looking at my Swiss Chronomoter in the corner of my system tray and I saw by double-clicking this magnificent precision timepiece that it has been calendar WEEKS since we've mentioned Wil Wheaton on this site. How this ghastly oversight was allowed to happen I don't know, but heads will roll and I sure hope they are hack writer Scotty D's!!! Fear not gentle reader, I am about to correct this grievous error in judgement by devoting the entirety of today's update to none other than the biggest star of the web log scene; our lord and master and two ton disaster, WIL WHEATON!!

Wil's formative years are shrouded in mystery, concealed from the public by a skein of lies and deceptions so complex that it has taken more than a decade for Wheaton researchers to unravel. Initially believed to be the son of some horrible mating of the "Hints from Heloise" shebeast and that green alien that ruined the Flintstones, Wheaton is actually born to relatively normal parents. Jane Wheaton was a failed hand-model whose hands were used in close-ups of Gregory Peck's hands in the 1982 miniseries "The Blue and the Gray" in which he played Abe Lincoln. Due to time constraints these close-ups of her hands signing the emancipation proclamation were edited out and she soon spiraled into depression and suicide attempts.

Wil's father was the scientist who developed the process for human hair transplantation. He was shot and killed in 1985 by the owner of the Hair Club for Men, although the case was never taken to court. Growing up fatherless was not easy for Wil but he quickly took to acting and at the tender age of 9 received his first major role in the movie "Stand By Me" which also starred Steven King and that guy from Sliders as the fat kid. Wheaton went on to star in "Never Ending Story" and "Never Ending Story 2" before he landed a role on the TV series Lost in Space.

Thus began his enduring career as "Space Nerd Wil Wheaton". As the whiney and juvenile Wilson Crusher, Wheaton quickly became hated by the viewers of the show. During one particularly hated episode Wilson Crusher and Dr. Zachary Smith accidentally unleash the spirit of a mummy into their robot companion and are forced to hide in a cave to escape its rampage. Finally Wheaton's character was killed off in the episode where the Klingons land on the planet and kidnap the monkey with big fake ears. Wilson and the robot try to rescue it from their clutches but end up being killed when Dr. Smith ejects them into space to keep them from telling the Klingons about his collection of photos he took of Wilson naked with the monkey.

Peter and Grunner were ages 5 and 8 when Dana Blajkowski finally became Dana Wheaton in 1998. By then Wil had taken a new bold career direction; the information super highway. Choosing to eschew traditional career tangents, Wheaton creates an online journal in which he details his life, trials, and tribulations. In the course of the journal you can find such interesting topics as: 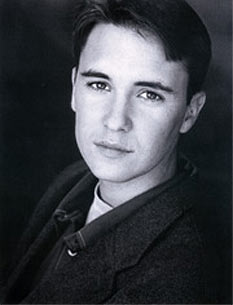 Wheaton in some supporting role in a movie about two girls who drink wine and talk about art theory.

Who Wheaton's favorite entertainers are (Incubus is awesome and Enterprise is the best Star Track show since Lost in Space).

Generic and overly saccharine parenting anecdotes (alright, we get it already; you love your tranny kids).

Self-pitying introspective rants about negative attention (boohoo how can people call me a has-been?!).

Manic and annoyingly cheery rants about projects or events (I'm going to be on Weakest Link and Slashdot wrote a three-sentence blurb about my horrible Pong channel!!!!!1).

Mind-bendingly inane daily occurrences. (Today I stopped at White Castle. Every time I eat a slider it reminds me of that fat kid from Stand By Me and how he still has a career even though he was in Tomcats and I don't have a career).

Poorly thought out or derivative opinion piece (usually something that deserves a "thanks captain obvious" award, i.e. racism is bad).

Wheaton continues to defy expectations and grows in online popularity even as his career tanks - or perhaps because his career is tanking. Readers identify with a failure, but more than that, even while wishing him well the would indeed damn him for "selling out". What most readers at his popular blog probably don't realize is that if Wheaton succeeded as they all seem to wish that would be the last they would hear from him unless he hired a personal assistant to update his site for him. If that day ever comes many of Wheaton's newfound Internet fans will turn their back on him, they love him because he seems real, they love him because he is not a big ego star.

Writing for Something Awful I could never get away with the type of updates he pulls. If I don't pour every grain of comedy ability I have into an update I'll get twenty e-mails telling me I'm a dumbass or that I deserve to be shot and then brought back to life through voodoo and shot again. Hell, sometimes I get that when I've practically cut open my heart and shot comedy blood out of it until I passed out. If I'm going to relate a personal anecdote it either better be damn interesting and funny or just a segue or intro into a more conventional comedy piece.

This "I'm still trying to be an actor" shtick is only going to hold reader interest for so much longer, Wil needs to really kick things up a notch and take a look at where he's going with his career. Might I suggest:

Career as a Vietnam War Veteran who constantly recounts stories about buddies dying facedown in the muck and talks about freaking out in the grocery story when the Asian butcher was "swinging that knife."

Sell streaming medical videos of his wife's artificial vagina and how it works with great anecdotes like "sometimes her urethra closes up and I have to catheterize her".

Take creepy sexualized beauty pageant pictures of his kids in bathing suits and with too much make-up. Oh wait, that only works for little girls. I was going to link to one of those sites here but I can't stomach it and I don't want to send traffic to them.

Somehow launch himself into space for real with a handheld camera and film the first ever science fiction show shot entirely in space. The plot can be about how much he misses going to White Castle, the fact that the satellite phone he has to use costs 50 dollars a minute, and recollections about all the times he talked with his son about how much Linkin Park rules.

Travel around the country visiting his old actor and actress friends and carry a camera. Take pictures when they refuse to open the door or slam the door in his face and make a coffee table book entitled "Hollywood Outsider".

Wil seems to be a super creative guy, I'm sure he'll have no problem coming up with some more ideas on what to do with his burgeoning multimedia empire. If you need any help Wil, feel free to drop me a line, because yo, this where the mad bank is!