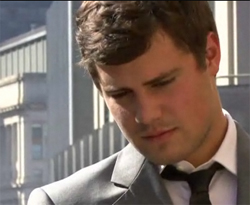 Look at that fucking PIMP goddamn!Oh, fuck, off track. Sorry, I am writing this shit on my phone waiting in the airplane, so I keep getting distracted. And I hate flying so I had Tank buzz up room service from this n-word named Clark looks like that green mile dude with a mohawk and he got me running horses courses with general mills. Special K, n-word!

So I am blitzed to shit but I am hanging tough. So yeah, back to the secrets. Fuck yes, my boy Trix is my kid. LOL. That strong motherfucker could not have come from some lactonic panty lover like Todd. He's got imputitis or something from riding snow machines too much anyway.

That little dude is all mine and just because science says his chromezomes is all messed up doesn't mean he is any less of a cool dude. Done bought him a little frog suit at Sax 5th Avenue. It's got little eyes and shit. Figure he likes reptiles and that sort of shit because we always have to get him out of the pond and take all the frogs out of his mouth. Now he can blend in and creep up on them. He loves to squeeze those fuckers. If you're not watching he will mess them up.

Another secret I mentioned was that Sarah Palin never cooks and liked to go to Taco Bell and get Crunch Wrap Supremes, but I didn't get to this one recipe she made up. She calls it the supreme potato wrap.

Check this shit out. You get a steak gordita, which is like the primo meat item from taco bell. Then you get a cheesy fiesta potato, which is sort of nasty, but here me out. You open up the gordita and spork that fucker full of fiesta potato goop. Then you close it back up all surgical like and you chow down. She was a beast with that shit. Go through three of those in one sitting and wash it down with two frutista freezes and a an xtra large dew.

Then she would take these monster shits that would choke up the cheapass free toilets she scammed as mayor. You couldn't even plunge those fuckers, you had to go at them with the brush and break them up before anything would go anywhere. She tried to blame it on Todd, but that dude eats like a girl. Raw almonds and celery and grilled chicken and shit. No way is he dropping clay plugs the size of babies on that diet. 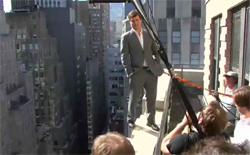 Some superman shit which would fuck with most people but I don't give no fuck.Goddamn!

Oh, before I forget:

While I was up at Vanity Fair I got to meet that dude from Mad Men that TV show. He looks like the sort of dude who loves to shave. Like he just shaves and is like "Fuck yeah!" and he uses one of those grandpa razors and aftershave. Anyway, he didn't seem crazy.

I asked him what stunts he is doing this season and he didn't know. Something about Kennedy Assassination shit but then I remembered some shit Hillary Clinton said and then she was apologizing in front of ranch dressing about Obama so I said he had better keep that shit on the DL or the media is going to go nuts.

We didn't hang for long. I just talked about that and then showed him some snatch pics some girl sent me on my phone. I told him she looks just like Megan Fox if she had a black kid with a guy named Izzard the Lizard. Anyway I would hang out with that dude again. I bet he loves to do X.

I used to get X from my mom, but last time I talked to her she was having one of her freakouts. The worst one of those was back when I was a little kid and my dad brought home one of those Chinese nintendos with the 30000 games on one deal and she was playing some game called Up and Down Brothers but it was just Elevator Action. And she just kept playing it and playing it because she was popping speed back then. 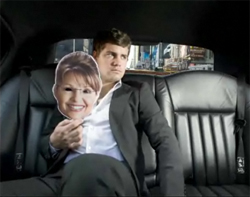 Some crazy shit Vanity Fair made me do LOLAnd then she crashed hard watching that Black Rain movie with the old dude in Japan. And then for like three days she swore up and down that she was being chased by Japanese meth samurais through a building full of nothing but elevators. And she told me the elevator was my closet and she would slam the door and then make a ding sound and then come out and run to another closet.

It was super fucked. And like a week later we found all these bags of poop in all the closets in the house. I guess she was dookin' in the closets every time just about. It really messed with my perceptions of my mom.

Anyway I am getting texted by Bristol right now. Told her about how I might do playgirl and maybe even get my dick out if they are willing to run some Photoshops on that shit...to shrink it so it doesn't scare everybody reading the magazine LOL. "OH FUCK what is that the end of the world!??!!?" Hell yeah, girl.

Anyway, I guess some dude made a fake twitter account using bristol's name and she wants to know what she should do. I told her to go to his house and fucking pull his shirt up on him and feed that fucker his teeth. And if she don't I will.

Because I can't fucking stand impersonators doing identity thefts on the Internet.