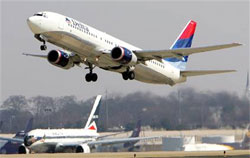 On September 11th of 2001, terrorists crashed two airliners into the World Trade Center, an airliner into the Pentagon, and managed to auger the last one into the ground because they were borderline retarded and being attacked by passengers. It was a tragic day for the nation and, as air travel was suspended, a difficult day for the airline industry.

On September 12th of 2001, dozens of airline industry lobbyists crashed into the Capitol Building and the White House. They were squawking like hungry baby birds for the nourishing up-chuck of cash bailouts. Within two weeks the were gulping down warm meals of liquidity from the Federal Government. In total, the airline industry received 15 billion dollars worth of handouts. It was done to save the air carriers in the tragic aftermath of 9-11.

The only problem with this narrative is that the airline industry was on the ropes before the September 11th attacks. The relief package came only a few weeks after several major air carriers announced sweeping layoffs and reduced coverage. The cash handout did not replace lost aircraft, which were insured, and did not provide price relief for consumers, as ticket prices rose without pause. Travelers experienced no benefit. 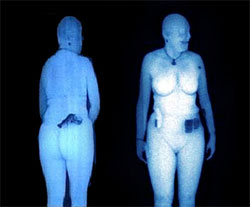 Taxpayers, while floating the airline industry, were forced to foot the bill for increased security at airports. Rising fuel and maintenance costs in the ensuing years have been passed directly on to consumers. Wait times, delays, and cancellations have all increased on airlines. While the American people subsidized the entire airline industry the cost to consumers increased steadily and the quality of service decreased.

Meanwhile, the government was dumping hundreds of millions of dollars into various insane schemes to enhance airport security. These bizarre plans include ultra-expensive scanners that would allow TSA screeners to view people naked through their clothing and the use of bees to locate bombs.

Bees. In an airport. It's a wining combination. 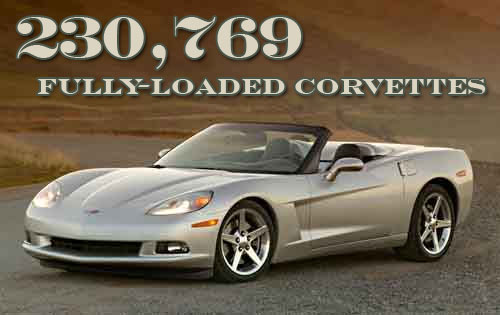