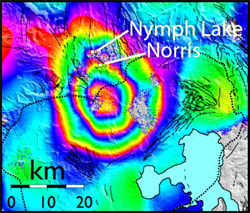 One of the most recent innovations in being scared out of your mind over ridiculous bullshit is the mega volcano. The supervolcanic theory of a cataclysmic volcanic eruption that could wipe out human civilization was first seriously put forward in 1998, following the discovery of an immense caldera at Lake Toba in Sumatra. The theory is bolstered by the discovery of a mega volcano lurking beneath Yellowstone National Park.

There is nothing wrong with the theory. It is scientifically sound and probably correct. Even the more recent evidence is probably true; there probably is a gigantic civilization-wrecking volcano beneath most of Yellowstone National Park. Just because something is theoretically dangerous does not mean it is excluded from this list of ridiculous fears.

The asterisk next to the supervolcanic theory of global cataclysm is that an eruption only happens once in roughly 100,000 years. This asterisk has been gleefully ignored or glossed over by the glut of mega volcano "scareumentaries" that have been airing in heavy rotation for the past few years on every science channel.

These shows breathlessly speculate that a Yellowstone eruption could happen any day, plunging mankind into permanent midnight. The dynamic is usually similar to the following:

A beardy maybe-scientist in a khaki vest and shorts stands in Yellowstone. He turns to the camera.

Cue dramatic music and a roller coaster ride through mankind getting inevitably crushed by the patient fury of Yellowstone National Park. Expect to see all kinds of awesome graphics of thermal spots beneath the earth's crust, the area of the United States covered by ash "deeper than the Empire State Building," and explanations of the how those not lucky enough to be burned to nothing or crushed under searing waves of debris will "drown on blood as the needle-like ash fills their lungs."

The worst of these overwrought panic picnics takes the tale a step further and provides "facts" about the mega volcanoes from within a fictional narrative about mankind being wiped out. Among this exclusive club of shitty fear-mongering, the worst is the appalling Supervolcano. It opens with men in animal pelts trudging through the snow to the shelter of a ruined building. Inside the ruins of what once was (swelling stock music) the primitive post-volcano survivors discover a video journal of a man dying in the aftermath of the Yellowstone eruption. You can predict the meta awfulness from there, only you can't, because it's even worse than that.

Not only does Supervolcano take a hysterical animalistic fear-shit all over the audience, it also includes a storyline in which the media and the public fail to take the titular supervolcano seriously and joke about it. Then the movie exacts its revenge on these utter fools by wiping out most of mankind. Boy, they sure were dumb not taking it seriously when they were all going to die and there was nothing they could do to prevent it!

Which is really the point of this making the list: you can't do shit. The Mega Volcano is worse than the Mega Meteor, because it's the same sort of exaggerated fear-mongering, only it's completely pointless. 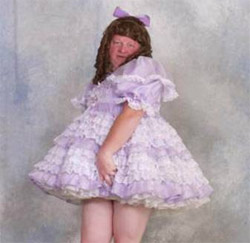 If you are a human being with access to a television or the Internet you have heard of the nightmare monster that is "trans fats." These artificial fats are menaces. They have been secretly infiltrating our delicious and healthy foods for years without us noticing.

Suddenly, when we least expect it, they attack, screaming at us from the filling of our Oreo cookies and our Cool Ranch Doritos. Before we know it our risk of heart attack is elevated. That's just the start, as there are a number of much more dubious medical claims, ranging from cancer to infertility, leveled at this insidious ingredient.

Trans fats are the latest evil food ingredient blamed for swelling pants and loosening belts around the world. Some, like carbohydrates, are necessary parts of the human diet when consumed in moderation. Trans fats are a particular atrocity because they are replacing less unhealthy fats in foods.

Alright, it's not good for you. It was mostly an ingredient in a bunch of foods that were horrible for you anyway and cause all of the problems trans fats cause regardless of what sort of fat is being used. That doesn't make trans fats a good thing. A rational populace might think it's time to slap a warning label on the foods containing trans fats and let informed consumers decide what they're going to shovel into their face. 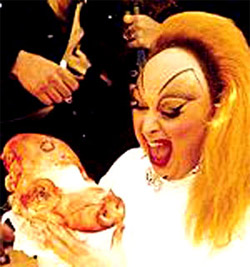 Americans are not rational. We are running screaming through the streets in fear of the trans fats. The website "Ban Trans Fats" repeatedly refers to trans fats as "lethal trans fats" as though they are a loaded pistol or a poisonous spider. An article by Dr. Joseph Mercola conjures imagery of ghosts and military aircraft as he refers to trans fats as both "the phantom fat" and "the stealth fat." These popular names for trans fats stem from the presence of trans fats in supposedly diet-conscious foods like granola bars and margarine.

An article from the San Francisco Chronicle offered the most alarmist headline of all, describing trans fats as the "Hidden Killer: It's trans fat. It's dangerous. And it's in food you eat every day."

It's not just all talk. The menace is being combated in cities like New York, where the government has legislated a ban on trans fats in restaurants. Until these bans can spread to other cities, or maybe to a Constitutional Amendment, the rest of America must live in fear of being murdered in their sleep by the spectral hands of the phantom killer.